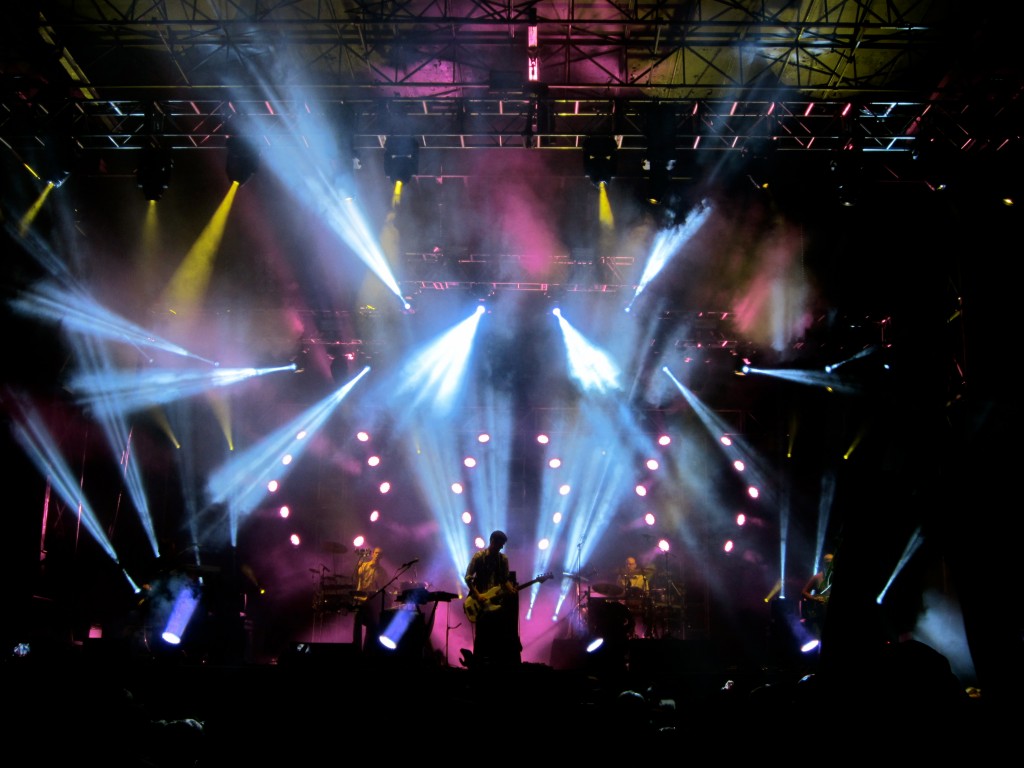 Lotus put on an unforgettable show this past Saturday night at the beautiful FDR Park in Philadelphia. Anytime the funky five-piece ‘jamtronica’ act returns to their hometown it’s a big deal, and Saturday night was no exception. Easily their biggest show in Philly to date, the band stacked the lineup with four awesome acts and held nothing back during their headlining set.

With four openers and a handful of food trucks and art vendors, the show felt very much like a festival. Sonic Spank started the day off at 4 in the afternoon, playing their electronic grunge sound to the (few and proud) early goers. Michal Menert, a Colorado based DJ, followed up with his hip-hop sample infused glitch-step. Menert was the first artist to sign on to Pretty Lights’ music label, who will be performing at the Bryce Jordan Center on October 30th. Just as the crowd started to build, Mimosa took the stage. Although some diehard Lotus fans were disappointed that dubstep was being represented at the mini-festival, Mimosa really got the crowd moving. Ghostland Observatory was the last, and most unique, of the openers. Their live show is more of a visual experience than an audial one, with an unparalleled laser light show that would impress even the most ruthless EDM critics.

Lotus walked on stage just before nine to a packed field of fans. The hometown crowd at the iconic FDR Park could not have been better. Lotus fanatics started dancing as soon as the band hit the stage and continued long after the show ended. For the next two hours and ten minutes, they gave everyone exactly what they wanted: feel-good electrofunk. Their set was diverse, playing everything from funky classics (such as “Spaghetti”) to new, but well-rehearsed, tracks like the electrifying “Massif.” The band made sure to welcome newcomers while tipping their hats to their hardcore fans. Between the beautiful weather and amazing show, the crowd enjoyed this late summer mini-festival treat to the fullest extent possible.

Just a taste of what Lotus had in store for their fans this past Saturday:

(Enjoy this type of music? Check out Conspirator at Levels on October 11th!)

On Monday Lotus revealed their New Years Eve plans; they plan to play at 3 different cities over the course of five days. If you live anywhere near Chicago, Pittsburgh, or Baltimore definitely consider buying a ticket! More information can be found here. 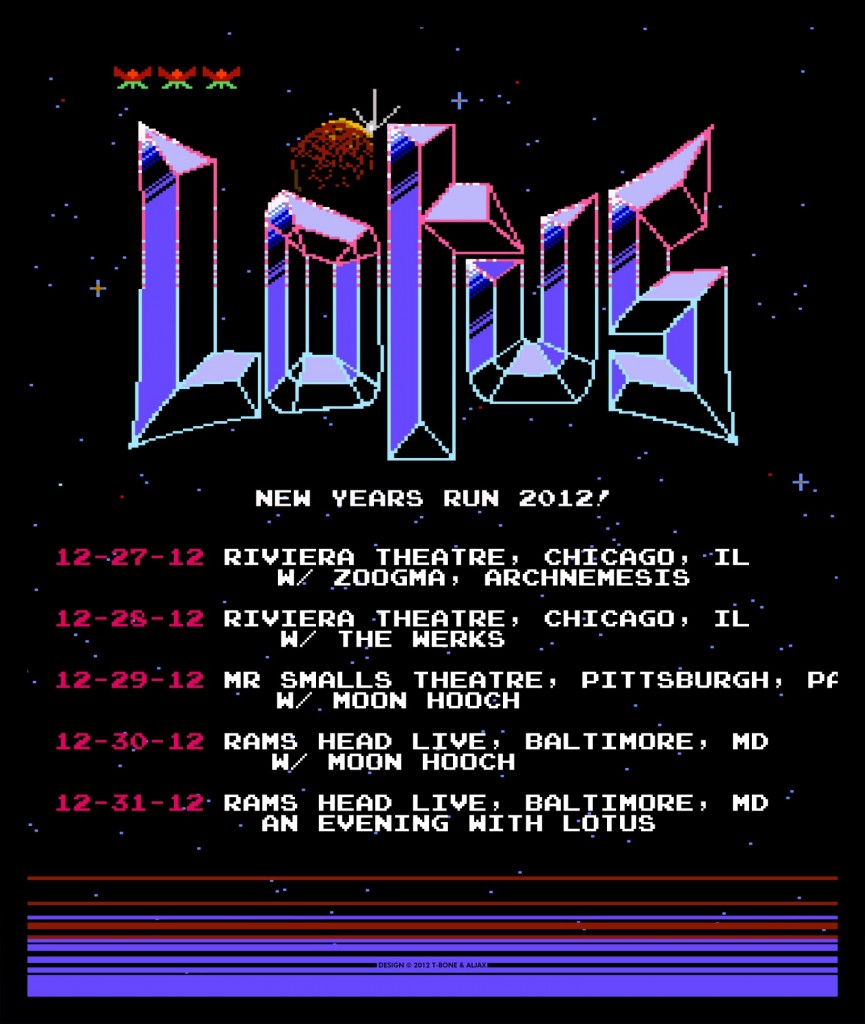