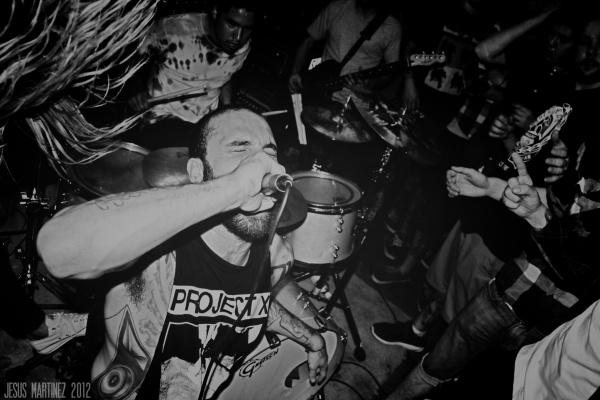 A few days ago, soul punk aficionados Letlive. released a music video for their new single “Banshee (Ghost Fame).” The new song is the first studio recording we’ve heard from the band since their critically acclaimed album “Fake History,” released in 2010 (and it’s re-release with three bonus tracks in 2011). Letlive. also announced that they would be releasing a new album, “The Blackest Beautiful,” on July 9th. Pre-orders, along with new merchandise, were made available on their website the same day. For anyone who’s a fan of post-hardcore or punk music, make sure you check out the new song and the new album when it’s released. Letlive. is considered by many as one of the best punk bands in a long time, so give them a listen!

Pre-orders and new merchandise can be ordered here..

The band’s new music video can be viewed below.