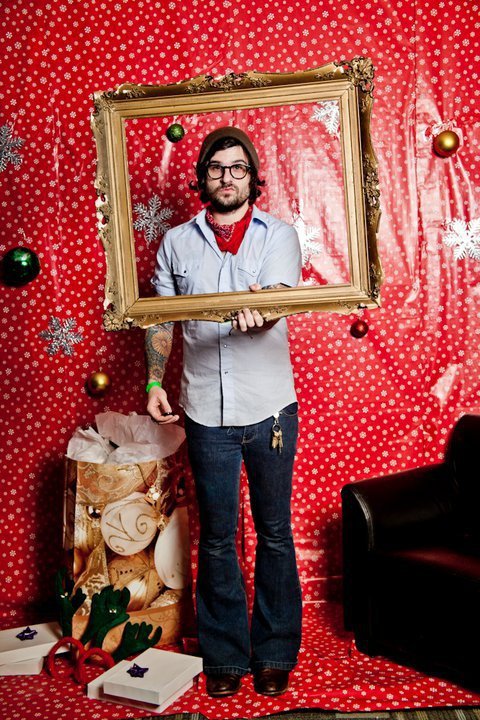 There are the kinds of risks you take with hedged bets and safety nets – the kind of chances that are almost unspoken sure-things. There are also the kinds of risks where the outcome is less assured, but where the stakes are so low that it doesn’t much matter. And then there are the kinds of risks that seem to fly directly in the face of all logic and reasoning – the kinds of chances you take because to ignore them would leave you unsatisfied and unfulfilled. It was that last kind of risk that singer/songwriter Aaron Zimmer took in 2004, when he packed everything he owned into a U-Haul and drove it across the country from Nebraska to New York – a city where he knew no one, had no job, no apartment and no aim other than to play his songs for as many people as possible. “I remember driving right into Times Square,” he recalls, “dropping off the U-Haul and spending my first night at the Day’s Inn.” It’s that same spirit of determination, strong will and, occasionally, stubbornness, that comes through in each of the potent story-songs on his new EP, music that recalls Freedy Johnston, Tom Petty and the solo work of Paul Westerberg.

Though “This Time Next Year” is only the third album Zimmer is releasing under his own name, he’s no stranger to the music business. In 1999, he and a group of high school friends from Lincoln found themselves spinning in the cogs of the music machine when a local DJ heard one of their songs, “Angel,” and decided to start playing it regularly on the radio. “It was a small town success story,” Zimmer recalls. “We were playing to nobody, and all of a sudden we were filling up every place we played.” Packed local gigs soon led to bigger shows at larger venues, and those bigger shows led to a tour bus and a full-scale nationwide tour – a tour Zimmer now realizes could only end in disaster. ” When iI think about it now, I think about how stupid we were. There was just no way we could keep doing it,” he says. “We were out east and we ran out of money and we were like, ‘Call the agency and cancel the rest of these shows, that’s it.’ The band basically broke up on the spot.”

Rather than retreat and lick his wounds or give up on music entirely, Zimmer instead regrouped and refocused, making a few recordings with local producer AJ Mogis before selling off the tour bus the band had purchased and starting over in New York. He was determined not to let past setbacks break his stride. “I played probably 60 shows in 2004 all over town,” he recalls. “The thing is, the shows were easy to book, but not so easy to re-book. Because I didn’t know anybody, no one was coming to the shows! So 2004 ended up being a year of really learning how to make it work.” Zimmer steadily learned how to transform apparent setbacks into tangible strengths. “I never thought about giving up. I write songs best when my life’s a mess — and it was sure a mess around then. The next move for me was to figure out how to make the whole thing go.”

Zimmer’s first real crack at “making it go” was when he met producer Christian Cassan, who had performed with David Byrne and Roger McGuinn and was the drummer for the critically-acclaimed Braodway musical Passing Strange. Cassan and Zimmer worked together to craft the set of songs that became Zimmer’s 2009 EP Live Wires, and they’ve continued that partnership on “This Time Next Year”. “Christian and I work really well together. He’s helped me realize that my songwriting needed to be developed, and to really define my style. He’s helped me write songs that hopefully speak to more people than just me.”

Zimmer also pushed himself on the new material, deliberately stepping outside his comfort zone and taking the kind of risks with his writing he’d taken in his life. “With some of my old songs, a lot of that stuff I was yapping about was all the same thing. I started to realize I was only writing songs when I had something I was pissed off about. This time, I’m trying to write songs that are less biography, more story.”

You can hear Zimmer’s growth in the grizzled, country-influenced “Honey, Give Me a Hand,” where a boozed up barfly tries his best to win the heart of a woman well out of his league. Against a musical backdrop that suggests a down-south Maroon 5, Zimmer pleads “Come on, honey, just give me a hand/ I wanna know how to turn you on.” The slow, simmering “Broken Records” employs a musical backdrop that would do Michael Penn proud; its lyrics find Zimmer’s repeated advice to a friend falling on deaf ears. “The person I’m singing the song to needs to be reassured again and again – I keep encouraging them, but they don’t want to hear it. So in the song I’m saying “I could fix it if you’d just listen.'” That theme of brokenness resurfaces in “Cab Fare,” where Zimmer imagines a lonely lover walking around the city with a few dollars in his wallet – just enough to catch a cab should his girlfriend decide to take him back. And then there’s the spry, twitching “That Girl,” where Zimmer, sounding like Joe Henry, warns, “That girl is gonna wear you out.”

But Zimmer’s theme song is arguably “Conspiracy Theorist,” in which he says, “There’s this person who’s sure the whole world is against them: ‘We’d be together but I keep 10 locks on the door/ I cant let you in till I know who you’re working for.’ I think I was writing this song sort of as a joke about myself.” If that’s the case, Zimmer is fortunate: if history is any indication, his best work comes when it seems things are working against him. True to the point: “This Time Next Year” is his strongest work to date.