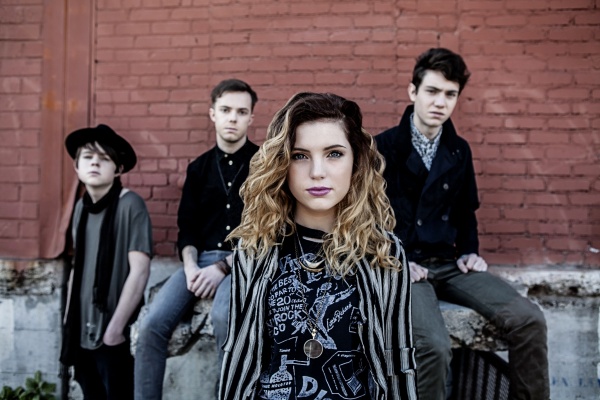 Echosmith, formed in 2009, is a band composed of four siblings (Graham,
Sydney, Noah and Jamie Sierota) from Southern California. They signed with Warner
Bros. Records in May of 2012. Their first single, Tonight We’re Making History, was
release in June of that same year and featured in a NBC promo for the 2012 Summer
Olympics. Their debut album, “Talking Dreams”, was released October 8, 2013, with
their new singles Come Together and Cool Kids.
Echosmith is a band on the rise gaining recognition for its hit songs and pop
sound. In April of 2013, Echosmith was named one of the “100 Bands You Need To
Know” by Alternative Press. Echosmith is also featured in MTV’s Artist To Watch Class
of 2014.
After a year of touring and opening for well known bands like Neon Trees.
Twenty One Pilots and Owl City, Echosmith will be the feature band on Concertideas
2014 TrendSetter Tour. Making a stop at Penn State was a must and students are going to
be able to enjoy the sibling band, Echosmith, for free January 25th!