Chris Will
Mainstream Music, Music
Comments Off on Spring Break Out Acts of 2013: ∆ 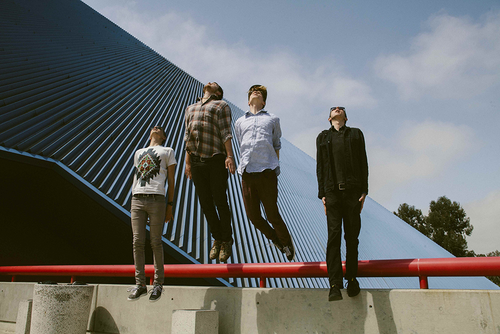 The bleak night softens to supple shadows under the cool and compelling musicality of British indie quartet ∆, or alt-J. Taking subtle cues from genres all across the board, the title of their debut album, An Awesome Wave, is a blunt and self-explanatory summary of the entire release itself. There’s a strong, hypnotic current to the music, submerging the listener in the eclectic sounds that surge through every track. Joe Newman’s voice dribbles onto the burning shades of folk and electronica like poisoned honey, and his shockingly desolate lyricism lies hidden beneath An Awesome Wave’s auditory genius.

Unfamiliar listeners should hone in on ∆’s singles, such as “Breezeblocks.” “Breezeblocks” draws inspiration from Where The Wild Things Are, and like the novel, there’s an eerie and questionable shroud of innocence to the humid piece. Light and slow at its start, low and mockingly childish background vocals cut through Newman’s dry coos, splitting the verses with unintelligible jabbering. Though the line “please don’t go, I’ll eat you whole I love you so” sounds cute when used in Where The Wild Things Are, Newman gives it a wonderfully disturbing twist as he uses it to bring the record to its spine-tingling climax and close. Newman’s slurred, Sigur Rós-styled vocals and the dubstep-inspired synthesizers make “Fitzpleasure” an aural delight, but closer inspection of the track reveals outlandish and disquieting lyrics (allegedly based on a scene from the novel Last Exit to Brooklyn). “Taro” brings exotic keys and strings around glimmering instrumental breaks and beautiful, gloomy harmonies. An Awesome Wave is groovy and fun at its surface, but for those who delve into its depths, it’s an exhilarating and unsettling musical adventure. Stream the entire album on Spotify below!