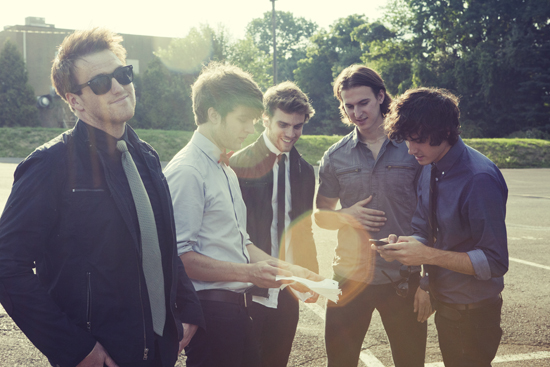 If anyone knows me, they know without a doubt my favorite band in the entire world is Valencia. I grew up in the suburbs of Philadelphia, and the music scene in that area is unlike anything you’d ever imagine. Sometimes we get a reputation as a very “pretentious scene,” but once you’re in, the friends you find here are gold. Since I was 13, I’ve been going to shows, making friends, and appreciating live music performed by kids who just love to play. It was in that scene that I found Valencia; from then on the rest is history.

I could gush on and on about all the love I have for this band, but instead I ask you to look them up and take a listen for yourself. Every single album they put out relates to me in more ways than one, and I’m sure it could do the same for a lot of other people. I grew up with Valencia, and Valencia grew up with me. I watched them find themselves as I found myself. Valencia isn’t just some band. They’re more than that. Their lyrics, their sound, their ability to connect to an audience is unlike any other band I’ve ever seen in my entire life.

Without this band I would not be the same person I am today. Their second album, We All Need A Reason To Believe, saved my life. Valencia was there when no one else was, and I am forever grateful to this band and it’s members. I hope to get their lyrics as my first tattoo as a reminder of a couple things that I’ve gone through.

Last December, the band went on an indefinite hiatus from touring and shows. They had a final show at the Electric Factory in Philadelphia along with Every Avenue and Hit The Lights. They managed to sell out the Efactory, and saying this night was unreal would be an understatement. The night was filled with so much emotion and love for a band that meant so much to every single person in that room. I am so honored to have been apart of that night. It easily one of the best nights of my life. Since that night in December, whenever I get the chance, I always go to see the lead singer, Shane Henderson during his solo project, Promise Of Redemption. This past weekend Shane made a guest appearance at the Hit The Lights show, and just seeing him sparked so many Valencia memories. Whatever happens to the band, if they get back together or not, I’ll support each of them in whatever paths they take. I’m excited to see where they end up especially because I have a feeling, when they’re ready, their paths will cross together eventually again.