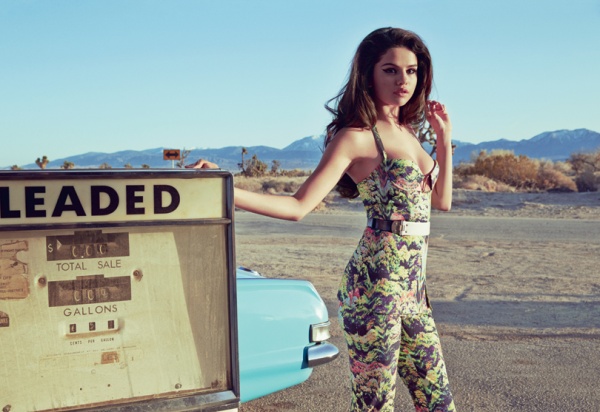 In the title track to Selena Gomez’s newest album, the former porcelain princess of Disney dance-pop coos “I can make the stars dance,” a telling line in an album awash with star-dusted synthesizers and galactic grooves. But if anything, Stars Dance isn’t as much about what Selena can do, it’s a statement encompassing the path of Gomez’ juggernaut music career to her current Mount Olympus-like standing in the heavens of pop stardom. But how did she get there? It almost seems that Gomez’s current radio reign was due to a meticulously planned overthrow, as her transition from Disney channel to the club floor was much smoother and slicker than her colleagues. She didn’t rip through the radio with a lion-like roar like bold and brazened balladeer Demi Lovato, nor did she slither up the charts with a drug-induced drawl like porcupine haired hip-pop priestess Miley Cyrus. She built herself slowly and steadily, until she smoothly brought the ceiling down and turned up the heat with the booty-shaking Bollywood groove and obnoxious earworm chorus of  “Come & Get It.” Using her first bonafide top 10 smash as an anchor, she’s crafted a dream-like paradise of dance tracks both touting her growth into a young woman and her independence as a solo artist. Where she lacks in vocal power, she absolutely makes up for it with her vocal prowess. And though Stars Dance may not be a groundbreaking album by any means, it sure as hell is a damn good pop album, which makes it definitely worth a listen (or 20). And if you’re looking to start at some of the album’s strongest points, three of its best offerings are delved into below. 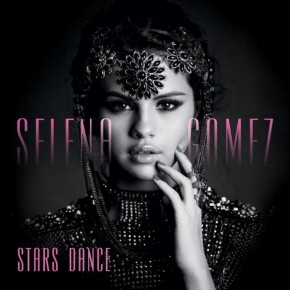 The auditory equivalent of Selena’s previous movie Spring Breakers, “Birthday” is a nonsensical slice of over-sexualized electro-pop party cake that tastes way too great to seriously hate. The muggy bass-synth wriggles under the crisp hand-claps and warped moans as Selena crafts a sluggish procession of hooks that not only reel you in but refuse to let you go. And to be honest, it’s a pretty solid sentiment the lewd and lovely Ms. Gomez is conveying in the song. Why not live it up every day like it’s your birthday?

Though the splendor of the album’s title track was previously alluded above, it’s far too perfect of a pop paradigm to just reference. Produced by Rock Mafia, who also molded “Love You Like A Love Song,” “Stars Dance” strikes across space and time with an ethereal ambiance that clearly marks it as the pinnacle of Selena Gomez’s catalog. The ebb and flow of the track shifts constantly from light and airy to heavy and humid, and Selena’s autotuned purr melts wonderfully into the sifting and shivering dubstep, sending the percussion crashing and stuttering at every effervescent moment.

“Love Will Remember” may be knighted by the masses as the most intimate record on Stars Dance, but it still doesn’t hold a candle to “Forget Forever,” which was leaked back in March as “Rule The World.” A massive breakup anthem perched right in the middle of the dance floor, the track perfectly mirrors the emotional push and pull of a solitary night contemplating a failed relationship. We’ve all been there, burning with anger and drowning in grief, emotions building and fanning the fires of regret until we break in desperation and decide we’ve had enough. And as the booming drums thunder to the ground like the past falling off our shoulders, we pick ourselves up and move on with an aching liberation that soars like the sky-high breakdown, sardonic wedding-bells, pulverizing beat, sweeping synth drops and all.

Listen to the entire album on Spotify below, and buy the album on iTunes HERE.