State In the Real Interviews The ‘U’ & Eddie Heartthrob 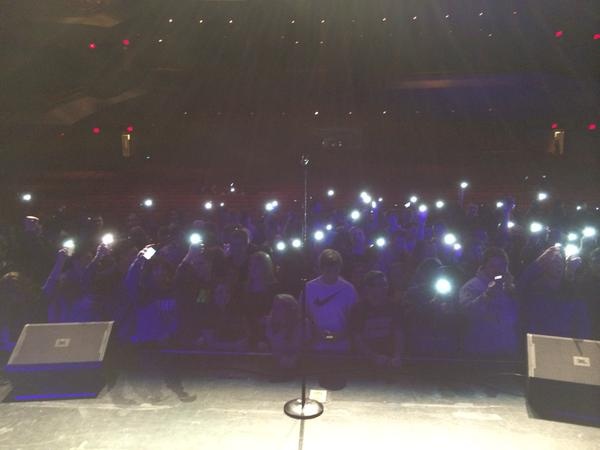 On Tuesday December 2nd, Eisenhower became the showcase for a rap spectacle. The headliner, Kid Ink, and opening for Kid Ink, was Penn State’s own The ‘U’. Performing for what initially was a very stagnant crowd, the PSU alum got everyone going, and the crowd suddenly sprung out of their seats and moved to the front of the stage where they bounced along to the stylings of The ‘U’ and Eddie Heartthrob. Back by the always fun Keegan Tawa, they trio put together a tight set that everyone could vibe to. They even took the time out of their set to take a moment to recognize Ferguson. After the concert, I had the opportunity to interview the two rappers after the show. Take a peek below.