Steve Earle to Return to State College for Solo Performance 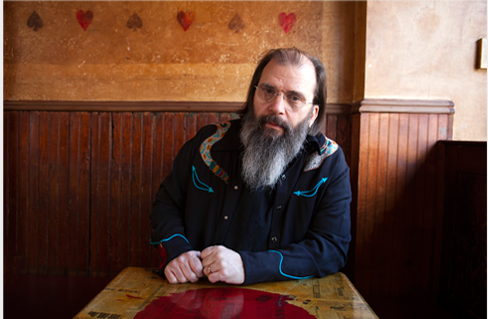 He is best known for his song “Copperhead Road”. A performance of this song can be found here. With fifteen Studio albums, Steve Earle returned to the studio in The Spring of 2013 to record his new album, The Low Highway. The new album is being favorably compared to Steve Earle’s Grammy Award-winning album, The Revolution Starts…Now from 2004. Johnny Cash, Willie Nelson, Emmylou Harris, Travis Tritt, Waylon Jennings, and Joan Baez have recorded his songs.

Steve Earle is also recognized as an actor from his roles on the HBO Original Series, The Wire and the New Orleans based TV drama, Treme. He is also the host of The Steve Earle Show: Hardcore Troubadour Radio, on Sirius XM Radio.

Founded October 1938 and reopened December 2006, The State Theatre is a home for local artists and audiences to experience, appreciate and embrace the transformational power of the performing arts. We are committed to presenting a variety of excellent local and national music, theatre, dance, comedy, and film programming.