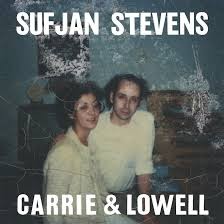 Sufjan Stevens is, if nothing else, theatrical. To make a midwest state feel like the center of the universe on his groundbreaking 2005 album Illinois was an almost laughable feat, but sooner or later everyone was excited to “Feel the Illinoise”. With his newest album, Carrie & Lowell, Stevens channels this dramatic energy into coping with the 2012 death of his mother, the titular Carrie. Through despair, nostalgia, and drug abuse, Sufjan Stevens presents one of the most personal and bold albums in his discography, and certainly the most heartbreaking. 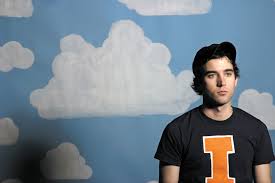 To place Sufjan Stevens in the “folk” genre alone has always been a limitation. His past experimental and orchestral word has proved that he is much more diverse than the average folk artist. But the music of Carrie & Lowell seems to call upon this term much more than his recent work. With extremely limited instrumentation (guitar, vocals, occasional keyboard), the album is reminiscent of Nick Drake’s Pink Moon, whose legacy continues to influence the genre. But C&L’s limited, yet beautiful, sonic qualities only push Stevens’ poetry further into the foreground. His blend of Greek mythology allusions with blatantly suicidal emotions on “The Only Thing” are only complimented by his majestic melodies, and the result is incomparable. Throughout the album, Stevens effortlessly weaves references to his mother’s hometown in Oregon, the bible, and his childhood into his lyrics. He presents his own memories as if the listener was a part of them. Lyrics such as, “remember I pulled at your shirt/I dropped the ashtray on the floor/I just wanted to be near you” from the nostalgic “Eugene” could be pulled from anyone’s childhood, and serve to build an incredibly personal relationship between the listener and Stevens.

Listening to Carrie & Lowell is a distressing experience. Gorgeous as the music may be, one gets the sense that darkness is always looming overhead. To add to this, the album leaves off on a somber note, “Blue Bucket of Gold”. Because of this, it is important to keep in mind that Carrie & Lowell isn’t a story of redemption or triumph over depression, it’s a picture of a distraught Sufjan Stevens. Stevens isn’t teaching the listener how to get past the death of a family member, but is instead describing what it’s like to be in a black hole of loneliness. Dismaying as that may be, we can take comfort in the fact that he isn’t babying us. Like Nick Drake, Stevens is getting rid of all the strings and horns and speaking to us one-on-one in his moment of despair. No answers, just open-ended questions. However, in all its truth and sadness, Carrie & Lowell is one of the most rewarding and emotionally rich albums Stevens has under his belt, and a certain reminder of his talent and relevancy today.

Carrie & Lowell is now available to stream through NPR and will be officially released on March 31st.