Summer Jam of the Week: "Anything Could Happen" by Ellie Goulding

Chris Will
Mainstream Music
Comments Off on Summer Jam of the Week: "Anything Could Happen" by Ellie Goulding 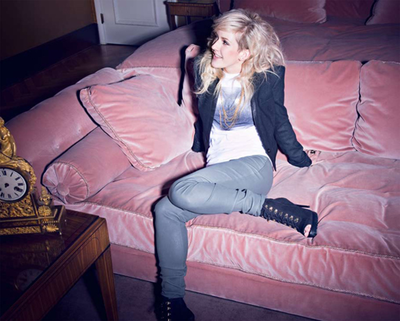 British singer-songwriter Ellie Goulding is arguably one of the most unconventional pop stars on American radio (possibly even more so than Gotye).  The title track of her full-length debut Lights has spent a whopping 33 weeks on the Billboard Hot 100, slowly sneaking it’s way to becoming the #2 most popular song in the country.  If you’ve heard “Lights,” which odds are you probably have, then you know why this is such an impressive feat.  Ellie Goulding has her own signature sound: a wistful blend of folk and electronica with swooning orchestrations, fantastical lyrics, and Goulding’s unique vocals.  Minimalist, house-infused choruses are placed side by side with ethereal harpsichords and earthy acoustic guitars.  Each track focuses more on telling a story and less on selling a hook. To put it bluntly, Ellie Goulding’s music, though potent, is not what you would normally hear on Top 40 radio.  But America has spoken, and Goulding may very well be celebrating her first #1 hit in the near future. 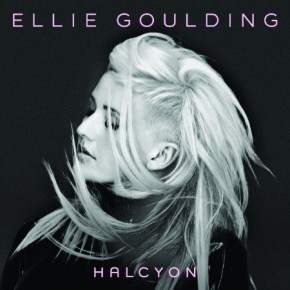 In the midst of basking in the massive success of “Lights,” Goulding is already prepping for the release of her sophomore effort, Halcyon.  Just yesterday she released the lyric video for Halcyon’s first single, “Anything Could Happen.”  Will “Anything Could Happen” enjoy the same chart topping success and popularity as “Lights”?  Well, let’s break it down and find out!

Whatever you were expecting Goulding’s follow up single to be, you probably weren’t expecting “Anything Could Happen.”  Goulding takes a step back from “Lights,” slowing down the tempo a bit and switching up the instrumentation.  She utilizes squelchy, gumdrop synthesizers and her own ambient vocal samples, creating a candy-coated electronic atmosphere to support her melodic cooing and sassy lyricism.  Ellie Goulding confirmed that Halcyon was written as a sort of “breakup album,” and “Anything Could Happen” does follow that premise, but not quite like you’d expect.  Instead of being an emotionally laden, tear soaked, musical middle finger (à la “Rolling In The Deep”), “Anything Could Happen” takes a more insightful approach to the crumbling romance.  Ellie Goulding perceives the relationship’s end as something that simply and irrevocably came about, since, as the title implies, anything could happen.  She does admit that she originally found something promising in the partnership, but since then the dynamic has faded.  So she’ll move on, and she’ll do it confidently.

“Anything Could Happen” is not the kind of hit that you would normally find topping the charts, but as I said before, neither is “Lights.”  Therefore, at this point all bets are off, and this daring new single might soon find its way into Top 40 radio stations.  Look out for the release of Halcyon, due in the US on October 8th.