Summer Jam of the Week: "Cowboy Boots" by Macklemore And Ryan Lewis

Chris Will
Mainstream Music, Music
Comments Off on Summer Jam of the Week: "Cowboy Boots" by Macklemore And Ryan Lewis 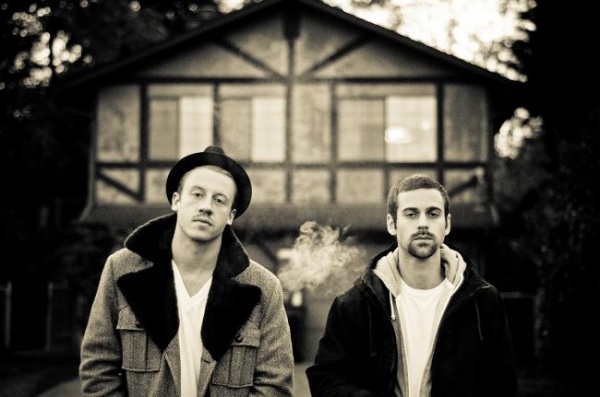 Macklemore and Ryan Lewis have done more than just notch a couple of massive #1 hits, one of which (“Thrift Shop”) is currently the best-selling single of 2013. With their breakout album The Heist, they’ve created a soundtrack to growing up, a musical collection both soaring with youth and weighted with age. And though the dynamic duo may be best known for their pump-up jams and goofy odes to cheap shopping, their 18-track effort is galaxies bigger. Each record is a hard-hitting depiction of life, both through Macklemore’s eyes and through our own, where our existence and Macklemore’s intertwine with every poetic line and rugged hook. Whether it’s battling with addiction in “Neon Cathedral,” highlighting the plight of those struggling for equality in “Same Love,” or even raising your glass among pretty girls and great friends in “Castle,” The Heist holds a little something for everyone. The song “Cowboy Boots” is Macklemore & Ryan Lewis’ summer anthem, and not just because of its cool, bluegrass-tinged hip-hop sound. It takes bittersweet nostalgia, hope, and acceptance in the same stride, representing the summer for what it really is. It’s a beginning, it’s an end, and at the same time, its just part of the steady cycle of the year. And the best part of the song? The pre-chorus, without a doubt.

“And acquaintances turn to friends; I hope those friends, they remember me. Hold the night for ransom as we kidnap the memories. Not sure there is a way to express what you meant to me. Sit around a table and use those years as a centerpiece.”