Brandon Heurich
Mainstream Music
Comments Off on Sunday Spin: Be 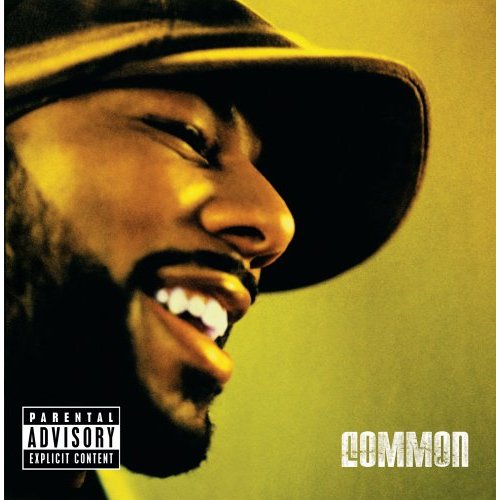 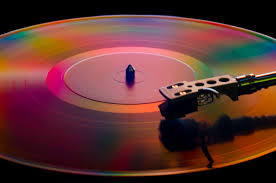 Welcome back vinyl peeps, The Sunday Spin has taken a brief hiatus but we’re back, spinning our favorite albums and sharing our favorite record experiences. And for our triumphant return, we’re bringing you a dose of soulful hip-hop gold. This week’s vinyl is Common’s 2005 critically acclaimed hip-hop masterpiece: Be.

…On the count of three, everybody run back you your fantasy

Be is more than just the high point of Common’s creative poetry, but it also highlights the musical magic that can occur when some of the genre’s greatest minds work together. Along with the incredible follow up Finding Forever,  Be was produced by Kanye west who is featured on a number of tracks, and released on Yeezy’s G.O.O.D Music label (also the geniuses behind Kid Cudi’s Man on the Moon series). With Common’s lyrical and poetic chops and Kanye’s incredible production talents, I knew going into it that this record would be more than delicious food for my ears.

But before I delve into all the soulful musical virtue that is Be, I first need to tell you how I discovered Common in the first place. Unlike most hip-hop aficionados, I got into Common slightly after Be was released upon the world, having missed some previous classic Common records like Resurrection (another album I now own on vinyl), surprisingly through his role in a film. Common was a co-star in the 2006 heist movie “Smokin’ Aces,” which I highly recommend that you see if you haven’t already, and his character “Ivy” was my absolute favorite in the film. He was cool and bad-ass, and probably received the best ending of any other character, but something else about him stuck out, something that seemed familiar. I realized it was his unique voice, and that I had heard it before.

As the credits rolled, and a song performed by Ivy himself was bumping through the theater, I realized that not only had I heard this artist before, but I really really liked his music. After some frantic internet research and several hours of YouTube viewing I unearthed some of the highest quality hip-hop that I had been missing for over a decade. My mind exploded as I consumed song after song of passionate poetry mixed with God tier beats. How had I missed out on this guy, what the hell was I doing with my life?

Fast forward a few years, I’m trying to build a respectable vinyl collection and I come to the realization that aside from an Outkast greatest hits record, I have not nearly enough hip hop in my stacks. So, naturally, I spent more money than I had scooping up my favorite rap albums, and Be was at the top of my list.

I wish I could give you this feeling…

From the opening bassline of the intro track (which stands as quite possibly one of the best intros to any record), Be emerges as a groovy, emotional journey of the soul, of love, and of society’s ills as seen through the humble and honest Chicago MC’s eyes, and reflected through his experiences. Lyrically, Common delivers some of the most meaningful and passionate poetic verses, keeping true to the 1990’s hip hop scene from which he came up. Songs like “Real People,” “The Food,” and “The Corner,” are tracks where Common verbally riffs on the struggles and hard truths of growing up in his Southside Chicago neighborhood and reveals his personal and occasionally controversial thoughts on violence and race relations. These are the cuts that have harder beats, exploding with power and spirit, and these elements drive the lyrical poetry into something beyond just entertainment. Combined, they generate a swell of empowerment and unity for people of all races and cultures.

But part of what makes Be stand out over tons of other hip-hop records, is that every hood up, fist in the air, real as hell beat, is matched equally with a soulful reflection of Common’s softer side. Tracks like “Go,” “Faithful,” and “Love Is” (produced by the legendary J Dilla), are examples of Common’s smoothness and tenderness and sense of love. Common is so real that on Be, as well as his other albums, he honestly expresses an entire range of emotions from anger to affection, in a rap game that is now mostly dominated by macho pomposity and misogyny. On “Faithful”, (a collab with fellow G.O.O.D. Music label member John Legend), Common explores the possibility that God is a female, and examines how he and fellow members of the hip hop community treat women. “Faithful” is an extremely important song for the genre, it shows that rap is capable not only of respecting women, but also of deep self examination. Common truly transcends the label of “rapper” and proves he can be a truly insightful and reflective poet.

These tracks are as real as they come, and are an extremely welcome entry for the genre in a time where the genre was largely devoid of the soul that is the essence of true hip-hop. And on vinyl they are auditory magic. Half of the beats on this record have a groovy 70s-esque quality to them, that compliment the poetry beautifully. On the softer songs, the music is like honey for your brain, so smooth and inviting that they are a perfect fit for vinyl listening. And the attention to detail that comes from West’s production is unmatched. Each and every bar is meticulously crafted to sound absolutely perfect. So much so that Common and Kanye even bring in major artists such as John Mayer to croon as little as a single syllable (see “Go’s” hook.)  From the brilliantly growing intro track to “Pop’s” last few lines of poetry on the final track Be truly is a masterpiece of hip-hop for your vinyl-loving ears to behold.

Common has had an incredible last year. My dude released a fantastic album called Nobody’s Smiling, which was nominated for a Grammy, performed a collaboration with John Legend for the movie “Selma,” which won an Oscar, and performed one of the best shows I have ever experienced in my life (including cameos from Raekwon, Q-Tip, and Brand Nubian), and this is all a decade after the release of Be. With a career spanning over 20 years and an incredibly consistent discography, Common is a living hip-hop legend, and after having one of his strongest years it looks like Common is going to continue to Be, for a long time.