Jack Zuckerman
Music
Comments Off on Sunday Spin: The Wall 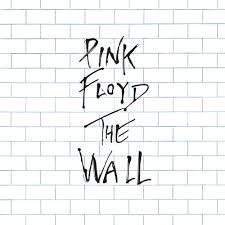 I believe that Pink Floyd’s The Wall is the perfect album to begin a love of music. No, it’s not their best album (in my opinion), or even their second best for that matter, but for me, no other album has proven to open itself up and usher in a wide spectrum of musical interests like The Wall has. Here are a few reasons why:

1. The Wall is engaging from start to finish, and that is partially due to its storyline. Before listening to The Wall, I had no idea that an album as a whole could be a work of art rather than just a collection of songs. On this album, the characters and the story guide you through and make the experience feel just as cinematic as it does musical.

2. As far as the term “rock opera” goes, Pink Floyd makes it sound the coolest. Listening to this album feels like watching an opera if and only if that opera has insanely huge guitars and some of the most famous and intellectual musical geniuses of the 70’s, which it does.

3. David Gilmour’s guitar solos taught me how to appreciate a solo. The master of tone showed me that it’s not about the notes you play, but the way they sound and the emotion behind them. Of course, The Wall contains some of the most famous solos of his career, such as the one on “Another Brick in the Wall Pt. 2” and the two on “Comfortably Numb”, but less famous tracks such as “Mother” and “Hey You” have solos that further prove Gilmour’s brilliance and ability to elevate a song.

4. The Wall is philosophical. Before hearing it, I was convinced that about 95% of all music was about girls and love. This album taught me that you can write about something bigger, something less cheesy, and something darker. Songs didn’t have to be happy, they could be depressing or angry and still be just as enjoyable.

As serious as the songs on The Wall are, they’re equally infectious. So much so, that while listening to the album and writing this article, I had to take a break to play along with some of the guitar solos. But The Wall’’s strongest asset is the way each song seems to have a certain personality. You can listen to “Run Like Hell”  and feel scared for your life, or “Outside the Wall” and cry your eyes out. To be honest, the albums final words, “And when they’ve given you their all, some stagger and fall/ After all it’s not easy, banging your heart against some mad bugger’s wall”, still hit me hard every time. This comes hand in hand with its ability to engage a listener. It’s hard to listen to The Wall and not want to know the story behind each song. As rewarding as it is without this aspect, to realize something like the fact that “Goodbye Blue Sky” is about the bombing of Britain from a child’s perspective gives the album a whole new dimension. Pink Floyd may not deliver sonically the way they do on Wish You Were Here or Animals, but the emotional depth and grandiose highs (pun intended) of The Wall make it just as compelling.

Although I already had it on iTunes, it felt good to get The Wall physically on vinyl. The minimalist white-brick-wall cover is even more striking in real life, and the drawings on the inside bring the songs to life. While it isn’t on my hypothetical “best albums of all time” list, in terms of the most personal and eye-opening experiences, listening to The Wall is incomparable.