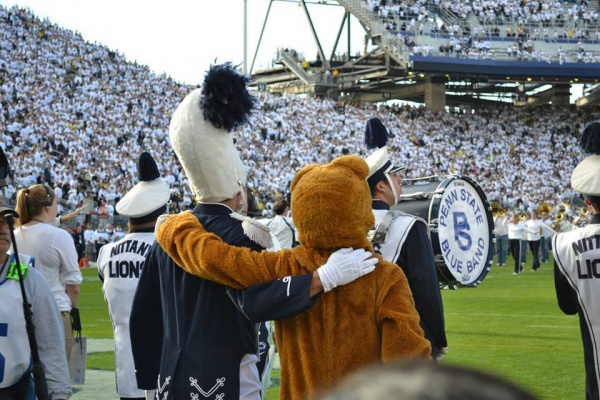 Dear Old State is a film working to change the negative post-Sandusky perception of Penn State, and to show the world who We Are. It’s a student-created film that is not about what went wrong, but instead is about what is right with the Penn State and State College community.

“We realize everyone is sick about hearing about the Sandusky scandal and the community in a negative light,” said co-director Ryan Blaschak. “Our film isn’t the typical negative story people have been hearing. Instead, we’re looking at the best that Penn State and Happy Valley has to offer.” The directors stress that this movie isn’t only for Penn State students or the state of Pennsylvania. This movie is for the world because everyone deserves to know what the community stands for.

In February, Penn State’s THON raised more than $13 million to help fight pediatric cancer. Earlier in the semester, a Penn State men’s hockey player donated bone marrow to an anonymous recipient. The directors hope to pull in these types of events to paint the picture of Happy Valley that only those closest to the community see.

With the film almost completed, the crew is running a Kickstarter campaign to raise $10,000 to finish shooting to help fund the film started by Penn State students. Dear Old State is planning to be released in May.