DETAILS FOR Tedeschi Trucks Band Is Coming To The BJC

Tedeschi Trucks Band Is Coming To The BJC 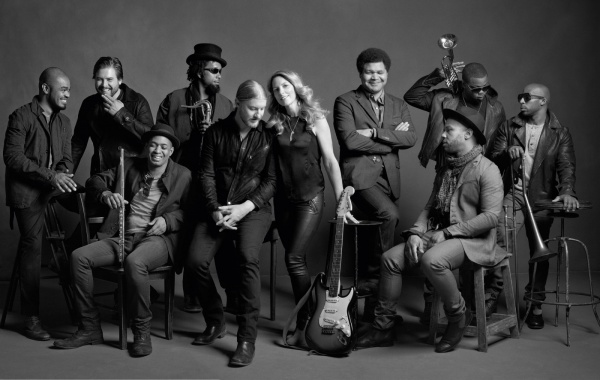 Tedeschi Trucks Band is coming to the Bryce Jordan Center on Thursday, December 9th at 7:30pm. The band will be accompanied by special guest Alan Evans Playonbrother, featuring Alan Evans of Soulive.

The band was formed in 2010 by husband-and-wife Derek Trucks and Susan Tedeschi, and featuring two harmony singers, a three-piece horn section, keyboards, bass and a pair of drummers. The roots-rock powerhouse Tedeschi Trucks Band (TTB) have toured extensively, co-headlining tours with the likes of B.B. King and The Black Crowes.

TTB’s debut release Revelator, produced at the couple’s Swamp Raga home studio, earned both a Grammy and Blues Music Award. Currently, the band is touring in support of its second studio effort, Made up Mind.

Check out their new song “Made Up Mind” below.