"The Boss" Bruce Springsteen is coming back to Penn State… maybe 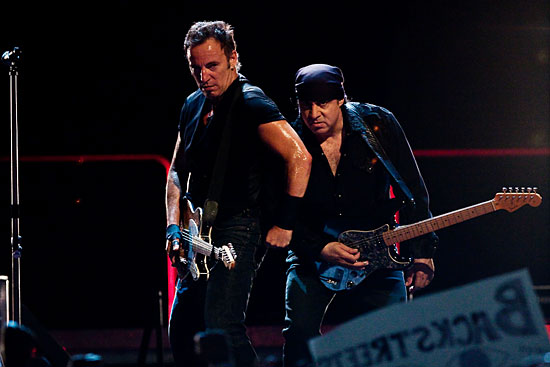 Earlier today, while doing my usual stroll around Ticketmaster, I came across a posting about Bruce Springsteen playing at the Bryce Jordan Center.  My excitement sky rocketed, and I may have forgotten to get the official word from my man Bernie over at the BJC, but “The Boss’s” people are currently in negotiations with the Bryce Jordan Center, and it was removed from Ticketmaster because it wasn’t 100% official.  We should know soon if it will be official, but in the meantime lets show the folks at the Bryce Jordan Center, and Bruce’s tour managers how much we want them to come this November 1st at 8pm! Tweet, post, do what our generation does best and make this happen!!