The Cinema Hard At Work Mixing a New Album 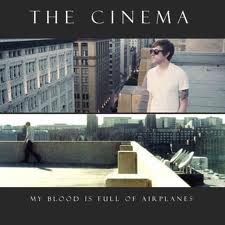 The Cinema, which is a project of Leighton from Lydia and Matt Malpass, are hard at work mixing the tracks for their newest album. Stay tuned for a release date and more info.

We’re working hard on mixing the new record, release date coming ASAP RT @House0fTwo: @thecinema hurry up and release a song or something

Until then here is a track off of their last album to hold you over.