The Fall Out Boy Comeback Single You Wanted To Hear: "Young Volcanoes"

Chris Will
Mainstream Music, Music
Comments Off on The Fall Out Boy Comeback Single You Wanted To Hear: "Young Volcanoes" 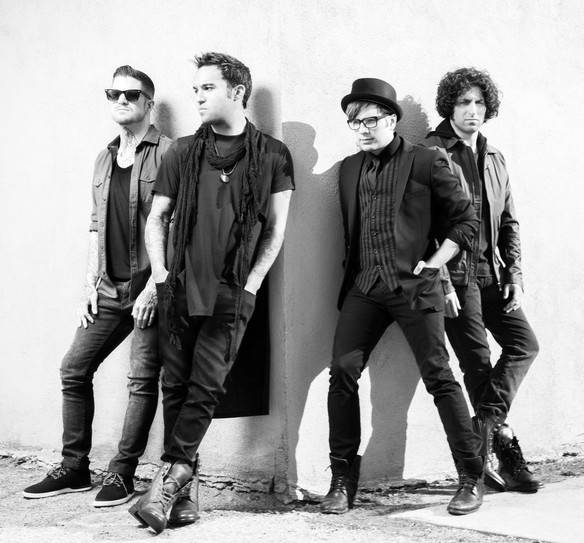 When Fall Out Boy initially announced their reunion in February, I was mildly interested but mostly skeptical. Prior to the hiatus, the once major pioneers of the pop/punk emo phase had completely strayed from the sound that made them such a massive sensation. Everything post-Infinity On High sounded contrived and overdone, and even when the band separated and Stump and Wentz moved on to their respective side projects, it just all came across as “blah.” The band that literally helped define a generation, our generation, was fading into obscurity. It was an awful reality, but one that it seemed we all had to accept. Fall Out Boy was just another has-been band.

So when I first heard “My Songs Know What You Did In The Dark,” my skepticism further increased. An interesting track? Yes. A comeback single? No. I felt that it did little to separate itself from “I Don’t Care” and “America’s Suitehearts,” other than flaunting a bit more of a diverse sound. “The Phoenix” was again, cool but nothing too impressive. Fall Out Boy were doing just enough to keep themselves on the charts, but they weren’t doing much to bring back the fan base that had been there for the Take This To Your Grave and From Under The Cork Tree era. At least until they released “Young Volcanoes,” and then everyone breathed a sigh of relief.

“Young Volcanoes” is a comeback single; it’s a record that not only calls back to the core sound that FOB built their initial fan base on, but it draws enough modern influence to stay fresh and current. It’s more honest than anything Fall Out Boy’s released in over 5 years, and is definitely going to be one of the biggest and best songs on Save Rock And Roll. Sonic nods to The Lumineers, fun., and Imagine Dragons wrap around brisk acoustic guitars and Patrick Stump’s vibrato, radiating youth, warmth, and hope. The chorus soars with the rough-and-tumble background calls, and the hook is brawny enough to punch you in the face and leave you dazed and swooning. Most importantly, “Young Volcanoes” joins some of the biggest FOB hits of the past by encapsulating the current generation of teenagers and 20-somethings. It’s not dark and brooding. No, that was the music of the 2000s. Now it’s optimistic and rugged. It’s how we want to feel, and it’s going to personally become one of the biggest anthems of what little I have left of my senior year.