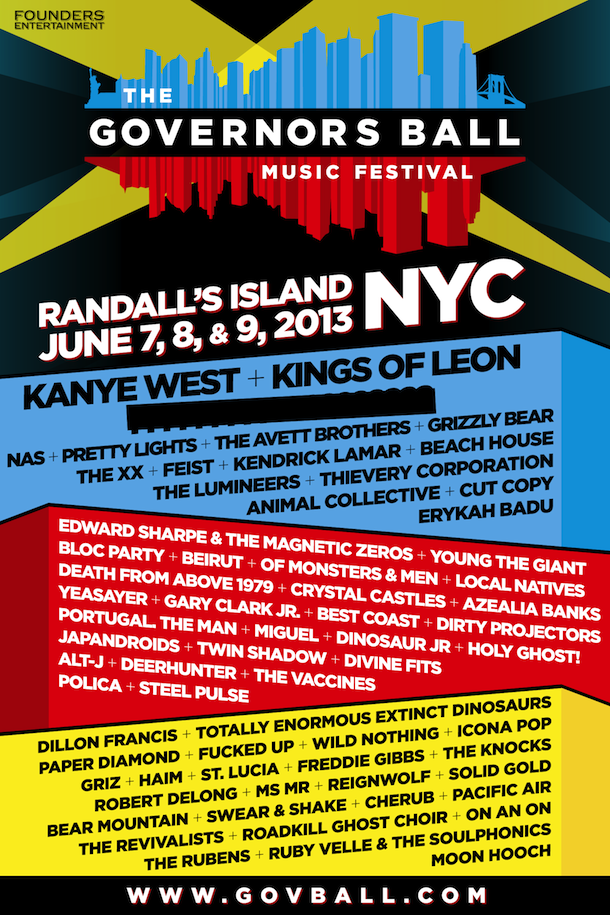 Head over to www.GOVBALL.com for the countdown to the 2013 Governors Ball Music Festival.  Since 2011, Gov Ball has been booming with huge artists.  Those who have attended have seen the likes of Passion Pit, Pretty Lights, Empire of the Sun, Mac Miller, Kid Cudi, Girl Talk, Explosions in the Sky, Major Lazor and even Modest Mouse.  The diversity Gov Ball has in genres has really been the key to its success.  This year be ready for Kanye, and Kings of Leon to team up with one last unannounced headliner… Who could it be?