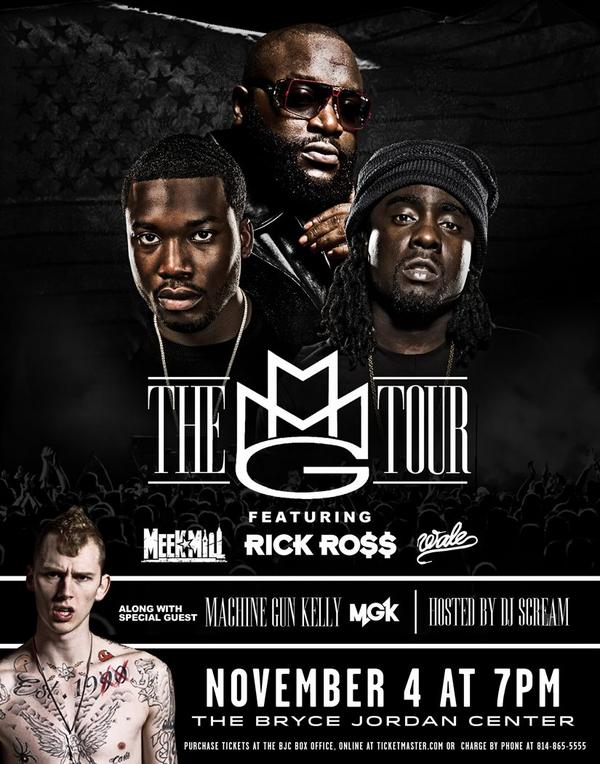 It’s official, the MMG tour will be hitting the Bryce Jordan Center and Penn State on November 4th. The MMG tour will feature Maybach Music Group heavy hitters Rick Ross, Meek Mill, Wale, as well as Machine Gun Kelly!  More information will be posted as we receive it!

“LOS ANGELES, CA (September 25, 2012) – MAYBACH MUSIC GROUP, has announced that they will invade a mix of college campuses and arenas across the nation starting November 2nd.  Rick Ro$$, Meek Mill and Wale will perform a headline set with Machine Gun Kelly, confirmed as the opener for all tour dates.  Additionally, frequent MMG collaborator, DJ Scream will serve as the host DJ for the tour.  Tickets go on sale to the public beginning September 28th at LiveNation.com.

Tickets on sale Friday September 28th at 10am at all BJC ticket locations and www.livenation.com.