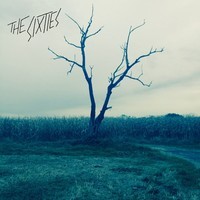 A Philly based band known as The Sixties are preparing to release their first full length album in the next upcoming months. Although there is not a set date yet, the album is finished and we got an exclusive listen to it here at State In The Real!

The album is titled There It Isn’t, and the album as a whole has an old school rock feel to it, with fast tempos and high register male vocals. The track “Jean Jacket” even has a 90’s grunge element to it with a guitar that you could be coming right out of a Van Halen song. The band’s mixes of style is what gives them this unique edge. The lead vocalist has a aggressive rasp to his voice that really solidifies their tough rock sound, but then you get to a song like “The Context”, which successfully showcases the vocal skill he possesses and he adds an unexpected falsetto to such a heading banging rock track.

We hope you are as excited for this album to come out as we are! Check out their soundcloud for updates on the album release.