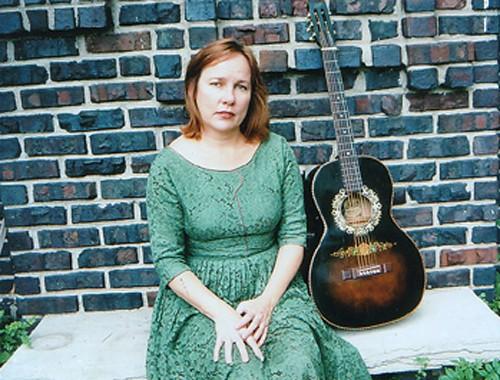 Singer/songwriter, Iris Dement, will be performing at the State Theatre on May 15 at 8pm.

She has recorded with John Prine, Steve Earle, Emmylou Harris, Merle Haggard, Ralph Stanley, and contemporary country singer Josh Turner. She has also been featured many times on Garrison Keillor’s show A Prairie Home Companion and in the Cohen Brother’s film True Grit.

Since 1992 with her first album, Infamous Angel, Iris DeMent has been recording and has been brought to national attention by her songs, “Our Town” and “Let the Mystery Be.” The songs were featured on the TV show Northern Exposure and and re-recorded by the 10,000 Maniacs. Then in 1994 her second album, My Life, was nominated for a Grammy Award for Best Contemporary Folk Album.

In 2012, after sixteen years of waiting, she finally released a new album called Sing the Delta. Rolling Stone describes it as, “… these artisanal songs of love and doubt wear their homeliness proudly; the effect is like finding a bountiful farm stand in the middle of nowhere.”