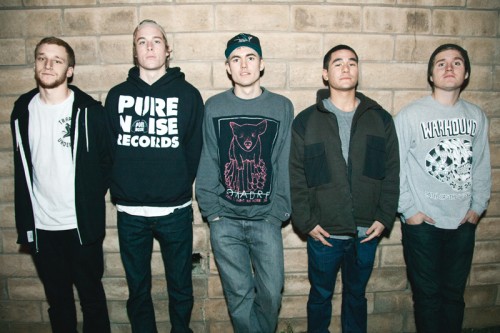 I’m starting to get the feeling that March 26th is going to be a huge day for the pop-rock/pop punk scene. Yesterday we posted about Cartel‘s album dropping on the 26th, and now The Story So Far is also set to release their latest album today as well.

The Story So Far (TSSF) hail from the golden state of California and have been taking the pop-punk scene by storm. With their last album release Under Soil And Dirt in 2011, the band flourished into a staple within it’s genre. Their next album What You Don’t See is one of the most anticipated albums of 2013 for pop-punk. TSSF consists of Parker Cannon(vocals), Kevin Ambrose (guitar), Kevin Geyer (guitar/vocals), Kelen Capener (bass/vocals), and Ryan Torf (drums). The guys released their single off the new album titled “Right Here” today and the response has been unreal.  For those of you who think Pop-Punk is dead, think again and take a listen.