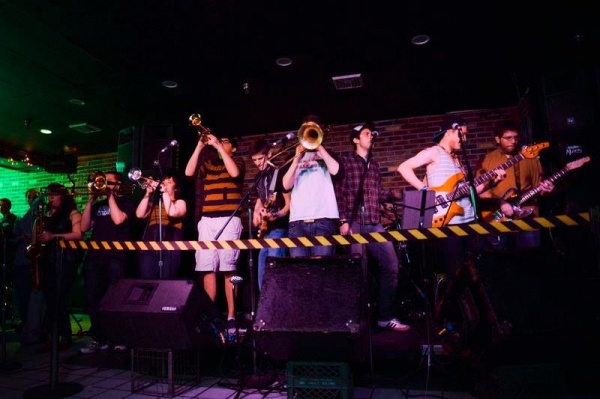 State College ska-veterans The Wondershop Showdown have released a new music video for their song “2401,” directed by Cristina Gonzalez. The song talks about frustrations in life, and how we seem to turn everything into a competition. Once we do that, even your best efforts seem to be shut down by someone who’s better.

The video plays out a short scenario: the members of the band are all taking a test called L.I.F.E., and many of the members become frustrated with it. But there is one person who gets better than a perfect score on the test. The band then chases the “perfect” student around for the remainder of the video. The music video also shows the band performing the song together. The video was mostly filmed on campus, so see if you can spot the different locations that they filmed at.

Check it out below!