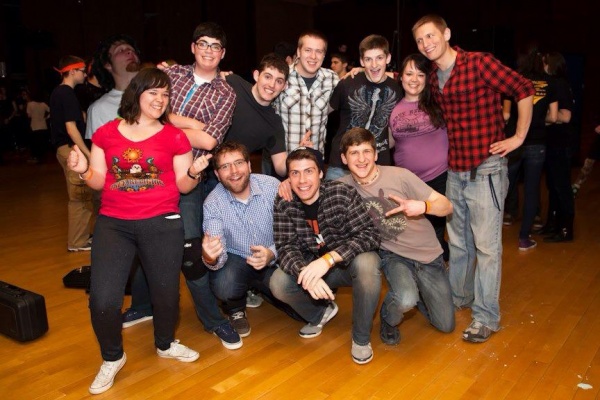 Penn State ska-veterans The Wondershop Showdown recently released both an “unofficial music video” for their song “Miles Ahead,” and a statement about the future of the band. The statement, written by Tim Gould, thanks all of theirs fans and everyone who has come out to see the group during their time at Penn State. He goes on to add, however, that many of the members of the band have graduated and are now moving away or getting jobs, so the band’s main line up will no be playing together full-time. He calls it “a farewell of sorts,” saying that the band may perform together again from time to time when members are back in town. He also says to watch out, as some incarnation of TWSSD may “rise from the ashes.” Again, he thanks the fans for the support, and discusses their new music video.

To go along with this “pseudo-hiatus,” Tim gives us an unofficial music video for their song “Miles Ahead.” The video is a montage of pictures of the band through their history, from 2010-2013.

Read the band’s statement and watch the video here.