Concert Review: Tiesto at the BJC! 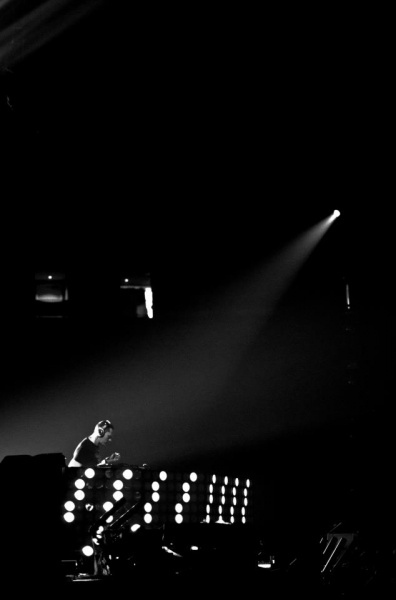 check out the rest of our pictures from the show here

It’s been a week since the Bryce Jordan Center was invaded by some of the biggest DJs dominating the EDM world: DJ Alvaro, Quintino, Tommy Trash, and Tiesto. I can still feel the beat pulsing through my bones as I remember the show. DJ Alvaro started his set while students filed in ready to rage. Next came Quintino and then Tommy Trash, both throwing down lots of cool remixes and beats that had everyone dancing from the moment they came on stage until the moment they left. But the real show, the absolute powerhouse of a DJ, was Tiesto. He came on stage to a PSU chant from the crowd and a dramatic countdown displayed on the jumbo screen behind him, building up the perfect moment for the perfect drop, and it sure as hell dropped. Every song Tiesto played had the crowd more amped and hyped than the last. It’s hard to put into words the kind of energy circulating throughout the crowd, and the connection everyone seemed to have with this master of beats.

Some of my absolute favorite moments were Tiesto’s remix of Icona Pop’s “I Love It,” Swedish House Mafia’s “Don’t You Worry Child,” and Zedd’s “Clarity” (complete with smoke machine and fireworks bursts). He had the entire crowd belting the beautiful songs while dancing and jumping around all over the place. Another favorite of mine was “Feel It In My Bones,” Tiesto’s song with Tegan and Sara, during which a firework shower poured on stage.  Tiesto’s lighting was also one of the coolest I’ve ever seen, with an awesome combination of differently colored lasers and lights illuminating the arena and crowd.

Tiesto put on a phenomenal performance, as one should when putting on a show for some of the world’s most crazy, demanding, and relentless people – Penn Staters. It was clear that the crowd was blown away by the performance and that Tiesto had an amazing time making it happen.