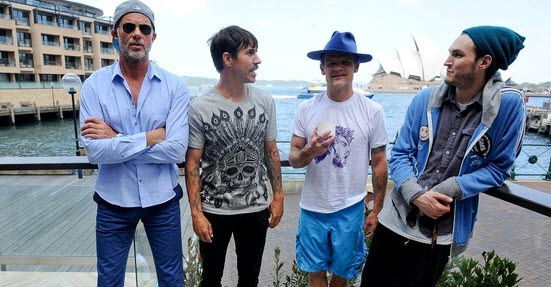 2013 was a busy year for my beloved Red Hot Chili Peppers, who traveled the world sprinkling good vibes, hard funk, and their generous souls wherever they went. The boys took no time off since their last album, I’m With You, which was released in August of 2011, touring around the globe, investing in other projects, and trying to make the world a better place. To sum it all up, here are the top ten things these amazing men did this year: 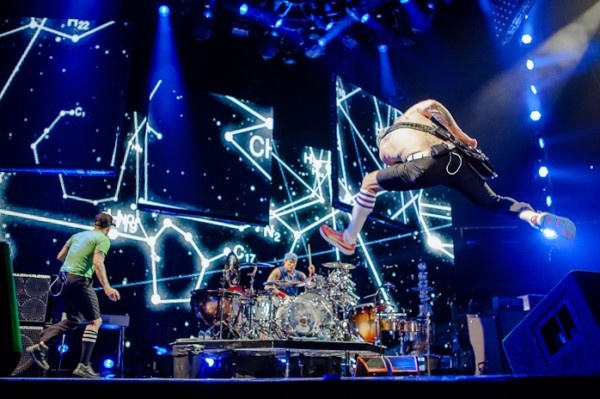 In only the second year of its existence, Firefly Music Festival hosted some amazing musicians. Headlining the show? Tom Petty and the Heartbreakers and the Red Hot Chili Peppers. The boys ended the first night of the festival, tearing through their set and putting on the most amazing show I’ve seen yet. The set included new songs, old favorites, and lots of impromptu jams that showed everyone in the crowd that they are still the crazy, talented, hilarious weirdos they used to be, just trapped in older men’s bodies.

9. Get on the wrong side of crazed soccer fans – Brazil – November 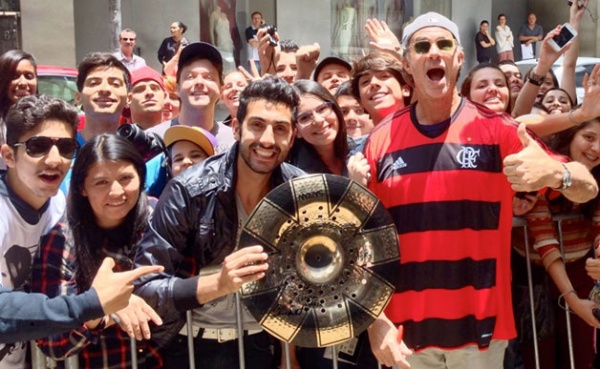 While attending a drum clinic, drummer Chad Smith took a soccer rivalry joke too far and found himself on the bad side of the normally loving Brazilian fans. When he was presented with a soccer jersey from a local Brazilian Flamengo team, Smith (appearing in the city of the team’s hated rival) jokingly placed the jersey down his pants and threw it on the floor. Fans proceeded to boo him and throw things at him, barely missing his head. Trying to patch things up, he apologized and told them he was kidding, saying the only place that it’s OK to hate something or someone is in sports. Some fans, feeling disrespected made dangerous threats saying he would be killed or pelted with grenades or rocks onstage when the band performed in Brazil. He then issued a statement through Twitter stating “I want to apologize for my inappropriate antics at the drum clinic, my joke about team rivalries went too far. Flamengo fans…I’m sorry” Promising to wear the jersey for 24 hours and personally visit the team to apologize to the players, Chad found his way back in the crazy fans’ good graces and performed the next night with no problems.

8. Get into a scuffle with Rolling Stones’ security – Philly – June 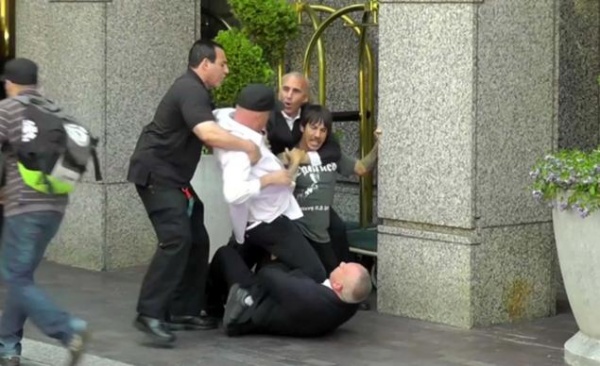 Ok so it wasn’t really their security, but while staying at the four seasons, singer Anthony Kiedis was mistaken for a fan and was refused entry by the local guard, and was tackled to the ground leading to a short little scuffle. Kiedis’ tour manager got involved explaining who he was and the fight was broken up. Kiedis, being the upstanding man he is, shook the guard’s hand afterward simply saying,”I love the Rolling Stones,” and proceeded to enter the building moments before the Stones exited to their awaiting limos. 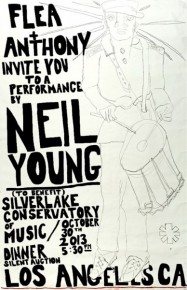 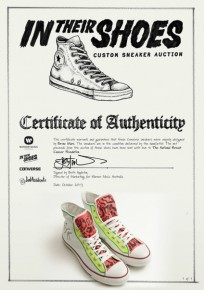 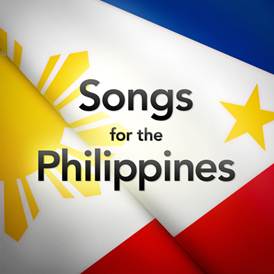 In support of the disasters in the Philippines, the Chili Peppers donated their song “Factory of Faith” to the Songs for the Philippines album, along with several other artists including Ellie Goulding. The boys also held a benefit concert in L.A. for Flea’s Silverlake Music Conservatory, which gives kids a chance to experience music and play instruments even after it’s been taken out of their public schools. They also custom designed a pair of converse to auction on eBay for charity.

6. Lobbied at the Capitol to keep music in public schools – Washington, D.C. – March

Drummer Chad Smith spent some time lobbying Congress members to support public school music program funding saying:
“Right now, [music education] is in jeopardy, and they have the power to change it and do something good here for everybody and every kid. If I didn’t have music education in school, I probably would have ended up in jail or dead. And instead I ended up in the Rock and Roll Hall of Fame.” You go, Chad! Fight for these kids and their right to pursue music!

5. Performed for the Dalai Lama – Oregon – May 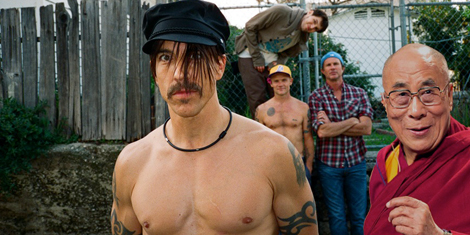 The Chili Peppers had the honor of performing for His Holiness the 14th Dalai Lama, Tenzin Gyatso, at Maitripa College in Portland, Oregon, the first and only Tibetan Buddhist college in the Pacific Northwest. The Dalai Lama has always been a fan of the boys, so I’m sure it was a very momentous occasion.

4. Finished their I’m With You tour – April

After almost two years, their first show in September of 2011, the boys finished touring for their last album, I’m With You. The boys played a whopping 136 (by my count) shows in that time, celebrating Flea and Anthony’s 50th birthdays along the way.

3. Went back to work in the studio -TBD 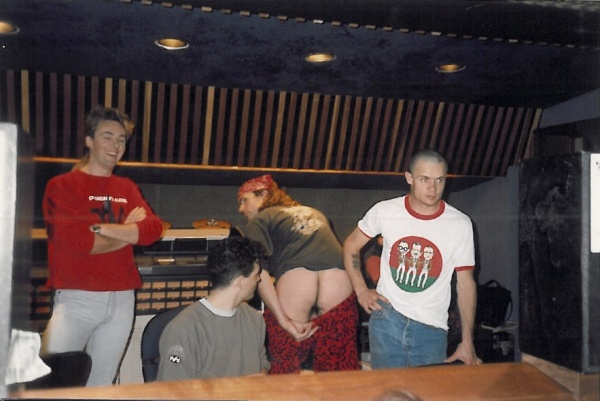 Although it was rumored that the band would head back into the studio in September of this year, the plans have been postponed due to all the projects the members got involved in. Chad started a podcast series where he has conversations with other famous musicians, while Flea partnered up with Radiohead’s Thom Yorke and other musicians to form Atoms for Peace. The Chili Peppers are now saying they will hopefully be back in the studio in December or early 2014. Thank God.

2. Put out a whole B side album – November 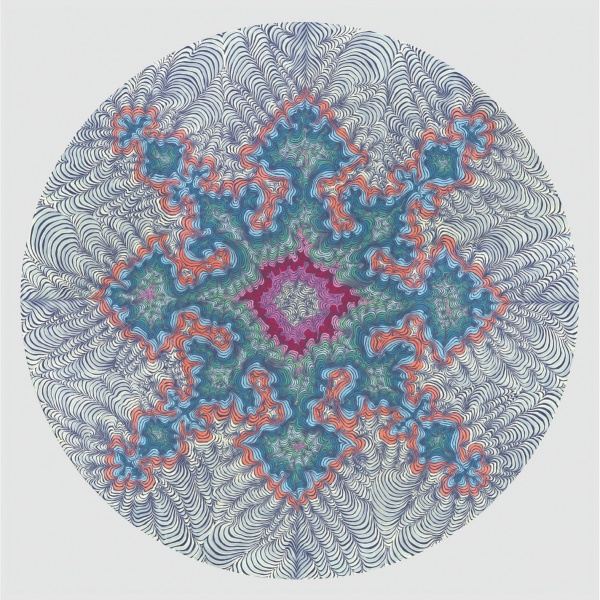 As if touring their latest album wasn’t enough, the guys decided to release a whole double vinyl LP, I’m Beside You, that was exclusively released on Black Friday for Record Store Day. It is their 10th studio album and is jam packed with hits that they released bit by bit over the past 2 years, which are just as great as the ones on I‘m With You.

1. Remain my favorite band of all time – always and forever 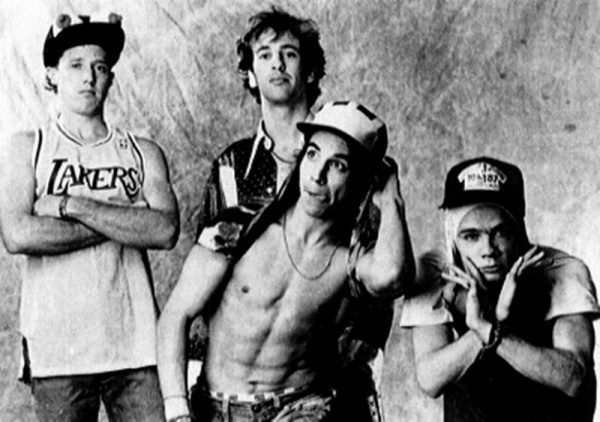 Well another year has passed and these men have continued to blow my mind with everything that they can do. This really speaks for itself and goes to show that no matter what, if you are truly passionate about what you do, you can continue to do it as long as you want, and really succeed. Here’s looking at what they will bring to the table this next year. I personally can’t wait.