Johnny
Mainstream Music
Comments Off on VIDEO: The Story So Far – "Empty Space" 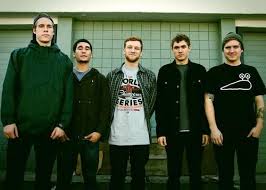 The Story So Far’s new album What You Don’t See drops March 26th and us pop-punk fans couldn’t be more excited.  The five piece out of California has been blowing up so much that they’re even listed in Alternative Press’s 100 Bands You Need To Know In 2013.  Do yourself a favor and check out the music video for their new single “Empty Space” off their upcoming album.