Vince Staples Is Awesome on 'Hell Can Wait" 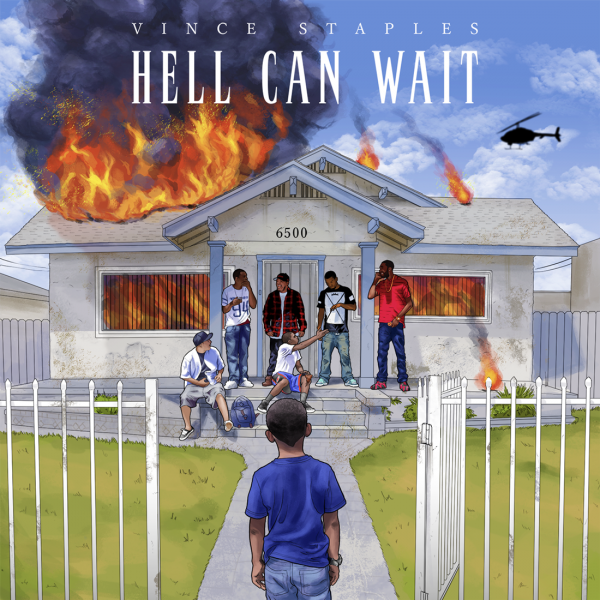 I am loving on the new Vince Staples seven-track EP. It’s angry. It’s clever. It’s topical, and it is fun as all hell to listen to. The Long Beach rapper’s Hell Can Wait marks for me a return to the type of dark narrative Kendrick popularized with good kid, m.A.A.d city, as Staples talks about his own life without sugar-coating the happenings in Cali. The great feat here is that both Lamar and Vince Staples can make radio ready hits with this type of personal subject matter, previously regarded as sorta off-limits.

Right off the bat I would listen to the two singles Staples released prior to the EP- “Hands Up” and “Blue Suede.” Both are dark, creepy, and angry in the best way possible- welcoming you to be angry along with them. Though Staples maintains that “Hands Up” is not a reference to the happenings in Ferguson, the song does a good job of evoking similar imagery, openly declaring that “LBPD, no they ain’t ‘bout shit/ LAPD, no they ain’t ‘bout shit,” and citing the recent killings of residents, in Compton and Long Beach respectively, by local police.

“Blue Suede” remains my favorite song on the EP, partially because it doesn’t sound much like anything I’ve heard from any rapper. Released with a very visually engaging music video featuring good-looking girls drinking malt liquor, “Blue Suede” puts a deep droning bass under a high-pitched synth that my ears greatly appreciate. The dark overtone to this song comes in the hook, where Vince raps “Hope I outlive them red roses” repeatedly. This is a reference to the bouquets of roses that are laid on the graves of young gangsters, left to pay respect. See, “Blue Suede” – and all of Hell Can Wait for that matter – is full of the exact stuff I like: relevant quips, creative production, dark and realistic subject matter.

Give it a listen and tell me what you think. Peace.