We caught up with @rachhriv from The Pennharmonics (and most recent "Dime" from TSP!)

Matt Andersen
Penn State News Reviews and Interviews
Comments Off on We caught up with @rachhriv from The Pennharmonics (and most recent "Dime" from TSP!)

You may know her as the recent “Dime a Dozen” from The School Philly, but this “Dime” is packing many more talents under her sexy exterior. We caught up with @rachhriv from The Pennharmonics this morning, before their show for the SPA Noontime Concert Series in the HUB. Check out the interview below! 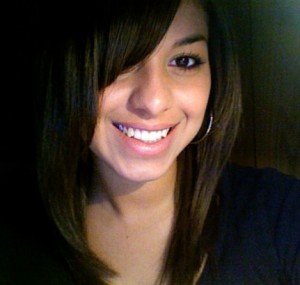 SITR: How did you find out about The Pennharmonics?
Rach: I heard about the Pennharmonics when I first got to Penn State, I was sitting down for the Freshman Orientation and the performers were The Pennharmonics. So, they were having auditions, I auditioned, and did not get in the group Freshman year. I re-auditioned my Junior year, and I’ve been in it ever since.
SITR: What made you want to work with that specific acapella group?
Rach: Mostly just because it was a really small acapella group. We had an acapella group at my high school, and it was way to large and had way to many people. So, “The Penns” was a better fit, it was nice and small, and I actually ended up performing with some of the other members, and they persuaded me to join the group.
SITR: What is the best/worst thing about being in an acapella group at Penn State?
Rach: The best thing is definitely our tour. We go on a tour in May, and go all over Pennsylvania. We sing to different high schools and middle schools, and pretty much anyone who wants to hear us in their community.
The worst thing is definitely being in a co-ed group, we have a lot of crazy personalities and we all collide, but really we are just one big happy family!
SITR: What is your favorite song to do with The Pennharmonics, and why?
Rach: My favorite song is definitely “The Resistance” by Muse. Just because there is a million different parts going on at once in the song. Everyone’s energy is really up, and our soloist is fantastic, and its just a really great song. It was really hard to learn dynamically, which is what I like, it was a challenge, so yeah!
SITR: The Pennharmonics are known as the sexiest acapella group at the school, is that because of your recent The School Philly “Dime Status”?
Rach: Well, I’d have to say no, we are all collectively hot, so we earned that as a group!
SITR: If a student was thinking about trying out for an acapella group, how would you motivate them to join The Pennharmonics?
Rach: The motivation is, The Pennharmonics is a family. That’s just basically the bottom line. We laugh together, cry together, sing together, and bitch together, we hang out at the house every single day. It’s a group that will be your friends forever. We are just a family, and if you’re looking for a close-knit group that ‘s sexy and good at singing, “The Penns” are your group.
SITR: How would you motivate someone to come see The Pennharmonics perform today?
Rach: Sexy selection of songs, Christmas music, everyone is there for lunch. Come out!