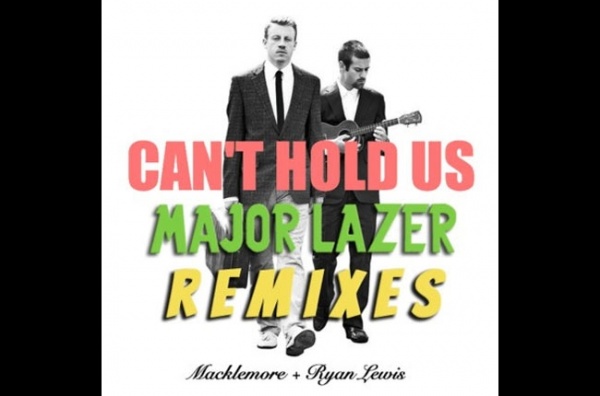 Major Lazer brings their signature reggae/trap sound to one of the biggest songs of the year and completely makes it their own, while keeping some of the original vocals intact. Be on the lookout for this song in DJ sets everywhere this summer.

In true 2 Chainz fashion, he jumps on the remix to one of the hottest tracks off Free the Universe. This version was debuted at Coachella when 2 Chainz came out during Major Lazer’s set, and the CDQ version is finally here!

Clinton Sparks drops a song that could quite easily be an early summer anthem. The production is great, the chorus is catchy, and the whistling beat is sure to get stuck in your head. Not to mention, both Macklemore and 2 Chainz spit fresh verses that leave you wanting more.

The wild boy from Cleveland lets loose a track that has a beat reminiscent of Gucci Mane’s “Lemonade,” but it still stands alone far above the old track. The two guest verses only add to the fire left by MGK’s opening verse and show that all three rappers are just trying to get their pesos. Look for this song on MGK’s upcoming Black Flag mixtape.

The biggest posse cut from Luda’s #IDGAF mixtape is the final version of the song that previously only featured Pusha T taking shots at Birdman and Lil Wayne. But the full version features far more than just shots at YMCMB and is definitely not a song to pass up on.

“Killthemau5” – Deadmau5 vs Kill the Noise

The title says it all: a collaboration between two of EDM’s biggest names. The song is still unfinished, but it’s a strangely perfect mix between the two artist’s unique styles. Keep your eyes out for the final version of this huge collaboration.

Everyone can always use more Beyonce in their lives. 2 Chainz seems to feel the same way about himself considering he’s always on at least 4 new tracks a week. But everything comes together splendidly in this low-tempo jam that is perfect for rolling the windows down to.