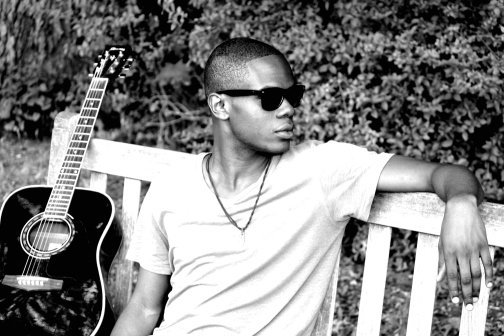 Currently in his senior year at Monteclair State University, Chris Akinyemi is making it his business to show the world that hip-hop music can get recognition without sounding like every other song that gets placed in the radio top 10. With a his first video already in rotation on Mtv U, and an EP being released in the near future, Chris believes that he was “born to keep the music alive”.

SITR: You started your college music career playing talent shows at Penn State, and doing interviews on RCN public TV stations. Now you’re about to release a professional quality Album, and have a music video playing on MTV U! When did the pace really start to pick up with your music?

Chris A: The motivation that I’m getting from the people around me, fans and the people that I’m working with motivates me to work harder with my music and try to take it to the next level.

SITR: What can people expect from your upcoming album ‘Autumn’? Will it have any surprises on it or will it mostly surround the vibes of your recent singles?

Chris A: Autumn will pretty much feature some chill, laid back records, and some up-tempo rhythmic songs. It won’t necessarily be similar to my recent singles, but it’s the same approach that will be alike. Honest songwriting, melodic and no frills.

SITR: What else is planned for this year? Any specific shows or collaborations?

Chris A: Right now I’m working on getting a record deal, I’m currently working on some new music and some upcoming collaborations. I’m also doing a charity show in NYC on December 7th, you can follow me on twitter and my website to find out more as the details unfold.

SITR: What are some of your favorite and least favorite things about being a college musician?

Chris A: I love being a college musician because you get to meet a lot of people; it’s beneficial to a musicians career. It feels great when you can meet and get to know people that appreciate your music. The least favorite thing would have to be being stereotyped as a typical college kid, but besides that I love it!

SITR: How is the music scene at Montclair? Has it helped or hindered your music career?

Chris A: The music scene at MSU is awesome, kids out here show a lot of support and I really appreciate that. They keep me grounded and motivated.

SITR: Is there anything you miss about PSU?

Chris A: Yes of course, I miss the culture, I miss the people, I miss jamming out with my buddy Topher Stephenson, but I’ll be back around that area hopefully soon.

SITR: What advice do you have for other musicians trying to juggle music and school?

Chris A: Stay in school!!! Being in college has done a lot for me as far as meeting people and fans that appreciate your music. Music isn’t going anywhere, take your time and be patient and when it’s your turn it’ll definitely happen for you.