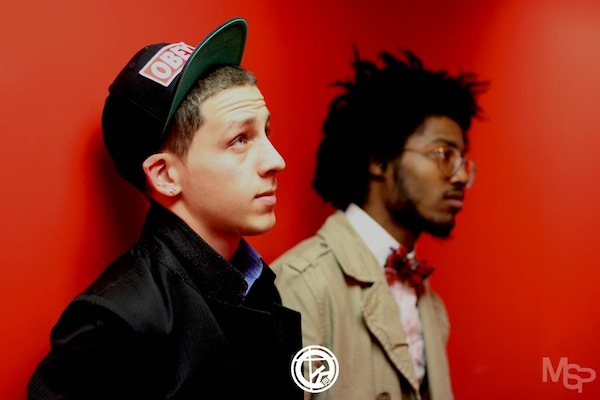 BIO: Crossover Kidz is a Hip Hop, and extremely musical duo, based out of Boston, MA. that continues to electrify stages all over the United States. After meeting their freshman year of college, MuZ and Droobee found themselves producing, writing, and recording songs right out of their dorm room closet. After only a weeks of working together, they established themselves as the Crossover Kidz and began to pl…an for a live concert. Pulling together a band, instead of using the typical DJ or click track, and using a few weeks to practice, their debut show was a huge success; filling the venue to capacity with over 250 people in attendance. Alongside their high energy backing band, PostWarGraduates, Crossover Kidz continues to build a strong following of energetic youth that can relate to their musical illustrations of college life, while rocketing them to be front and center, relishing in the spotlight of their unexpected rise to stardom.

MuZ: HAHA yea that works, but basically, Droobee was looking for a rapper and his neighbor, Randy, introduced us. We made “All The Things” and its been nothing but magic after that lol.

SITR: How did you guys choose the name “Crossover Kidz”? Is there a special meaning behind it?

Drobee: We were at “the spot” chillin’. Smoking a black. And MuZ will tell you the rest.

MuZ: Hahaha.. Umm we both didn’t really “crossover” to hip hop until high school. Before that, it was just punk rock and alternative pretty much. soo yea… we both just said ” we crossed over” —Crossover Kid We kind of use it now to describe our sound. We try to use influences from different genres.

SITR: As the Crossover Kidz, have you gotten to play with any other major artists or performers?  If you could would they be?

Droobee: No not really. We did CollegeFest which had some big acts. If we could, it’d be Kendrick, Lil B, Waka Flocka Drake, Blu, Kanye, The Cool Kids… I guess. I love all those artists, but I’m tired of listening to hip-hop. So ask me that question in about a year and maybe I’ll give you a more interesting/less generic answer.

MuZ: Basically what Droobee just said lol. I want to perform with Blu and Exile, Karmin, Big KRIT and Pharrell

SITR: I heard your guys first show was jam packed with 250 people in the venue… how intense was that for your first time performing with only weeks of preparation?

Droobee: I was kickin’ it. All I do is jump around on stage and be an awkward hype man, but it was fun!

MuZ: It was amazing. Just seeing everyone enjoy it so much. There isn’t another feeling in the world like being adored on stage by your loyal understanding fans.

SITR: Who are some of your biggest inspirations when coming up with your mixtape, “Grow Up, Kidz”.

Droobee: Besides the other artists/musicians that I’m around 95% of the time, the artists that I listed two questions ago had a big impact.

MuZ: Yea…. I think everyone who hated the freshman tape, “Picture Perfect”, had a huge influence on my writing this time around. I just wanted to prove that we can do something really dope.

SITR: What to do you both want your listeners to take away after listening to your mixtape?

Droobee: I just want them to enjoy it, and pass it to a friend.

MuZ: I want them to just give each song a fare listen. Everything i said on that project has a point to it. I really have an activist spirit and I try to put that into something everyone can take in.

SITR: Do either of you have any suggestions for a fellow college student aspiring for a career in music?

Droobee: Don’t do it because you think you can be like Mac Miller… do it if it actually means something to you.

MuZ: What Droobee said. SMH don’t be like Chris Webby.

SITR: Do you guys have anything planned for 2012; shows, collaborations, and/or albums?

MuZ: I got this one Droobee..lol January 20th 2012 we are having out fist concert of the year at the Red Room. 939 Boylston St. Boston, MA! We are already in the works with formulating our ideas for the next few projects [Crossover Kidz EP and an EP with just me and my brother, Sick, who produced “Thrill Of It” and “If I was A Rapper”. Also hoping to go on some type of Spring 2012 tour or maybe just an opener slot on someone else’s tour lol.

SITR: How has attending Berklee helped excel your music?

Droobee: The network at the school has done the most, other than that, nothing really.

MuZ: I pretty much hate Berklee except for the Network… so nothing but what Droobee said.

SITR: Since both you come from a college, will you aim to play more of the college scenes in the future or go more mainstream?

Droobee: I thought the college scene was becoming mainstream, but either way, we’ll just see where our music takes us. I’m down for whatever.

MuZ: I say neither. I want to do something thats mainstream in terms of numbers but not in terms of sound. Odd Future is a great model for that. Regardless of if people like the sounds, they are doing great with just distribution.

SITR: Most certainly the most important question.. when will you guys be coming to Penn State University?

Droobee: As soon as someone out there books us a show! AYYYYYY

MuZ: You tell us man! We’ve been waiting haha

SITR: Looks like we are going to have to make some special arrangements for next semester then! 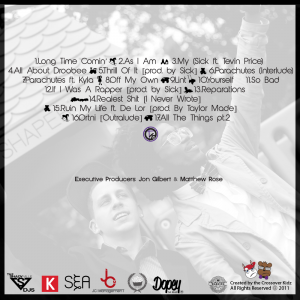