Why To Pimp A Butterfly Matters 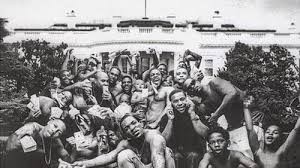 At 12:30 a.m. on March 16th I was jet lagged, exhausted, and about to go to bed when I saw that Kendrick Lamar’s newest album, To Pimp a Butterfly, had been released early. The exhaustion was gone as King Kendrick had taken its place. Like everyone else, I had my expectations. The opinion had been formulating in my mind for weeks: “good kid m.A.A.d City established Kendrick as the best rapper of this generation, this next album will give him a place in rap history”. But with his new album, Kendrick Lamar decided to gracefully avoid this accomplishment and land on something much more impressive and necessary: with To Pimp a Butterfly, Kendrick establishes his place in African American history. 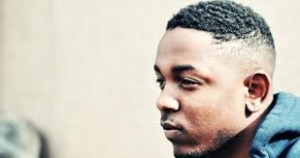 Plenty of rappers today talk about social issues, and plenty of them do it very well (Killer Mike, Kanye, etc.). But Kendrick stands apart from these rappers. By combining incredibly introspective and personal experiences from growing up in Compton with the confusion of becoming a world-famous rapper, he offers a completely unique view on black issues in the news today. To Pimp a Butterfly takes popular “black lives matter” mottos found today and brings them several steps further. While Kendrick realizes that these are facts, he is more concerned with speaking directly to the black community, legitimizing his influence despite being richer and more famous; and empowering African Americans by helping them embrace their culture. TPAB achieves this through its extensive funk, jazz, R&B, and spoken word influences. The beats on this album feel organic, and are filled with live instrumentation and incredible features from black music history such as George Clinton and Ronald Isley. On top of this, Lamar is aided by rap legends like Dr. Dre, Snoop Dogg, and, shockingly, Tupac. 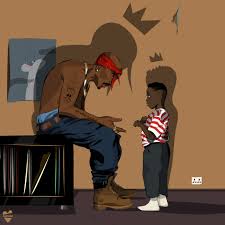 All of this acts as the medium through which Kendrick expresses his truly original and personal opinions about what it means to be black in society today. His messages ooze with authenticity, and not a second feels at all pretentious or undeserved. At the end of the final track, Mortal Man, his message is most clearly expressed: the megastar rapper Kendrick Lamar and the Compton born African American teenager are one and the same, and the same way that “To kill a mockingbird” is a sin, “To pimp a butterfly” is to completely give in to racist tendencies of our society. Kendrick explains that one black person, no matter how rich or famous, is no more important than the child from Compton or New York or anywhere. Lamar draws on this message in the track “King Kunta”. He compares himself to a king as well as a slave (Kunta Kinte), expressing how conflict within the black community is counterproductive. In the end, his message is one of unification, awareness, self-love, and black pride. In short, “To Pimp a Butterfly“ (to idolize Kendrick), is a sin because all African Americans are butterflies or have the capability to become butterflies.

Needless to say, with To Pimp a Butterfly Kendrick sets the bar higher than with good kid m.A.A.d city. But TPAB also sets the bar for what a rap album can mean and what it can do. It can draw on the past while looking towards the future. It can be incredibly personal and speak to African Americans everywhere. It can be bone-chillingly dark and boldly loving. But most of all, it can be exactly what America needs right now.

-From “Complexion (A Zulu Love)”