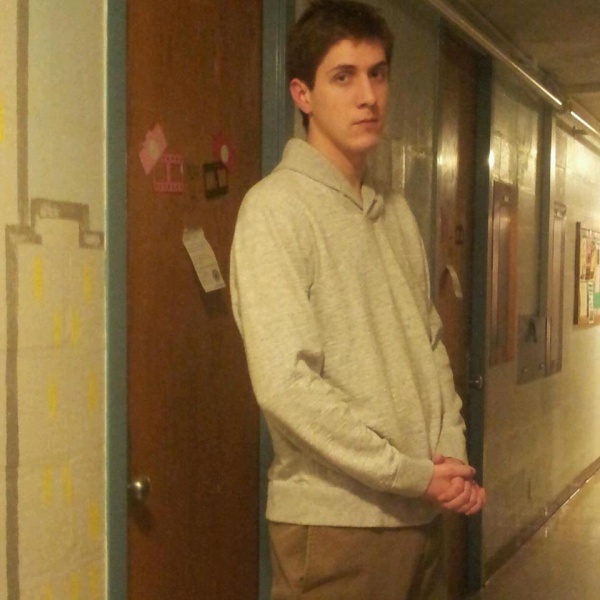 Evan Witmer’s path to rap hasn’t been the most conventional. But then again, that would make sense, since his songs are about as unconventional as local music gets. The Penn State student and bioengineer takes time between his classes to fashion minimalist icicle beats and jaw-dropping bars, skirting the line between comedy and artistry with a troll-face and a middle finger up in the air. Point being: Witmer, who goes by the pseudonym “Witness Raps,” doesn’t play by the rules. He’ll make you laugh one second, grimace the next, and then he’ll impress you with an insightful one-liner right after.

Witmer hails from Berks County, and had his first musical experience in high school when he joined a band with some friends. When the band broke up, he left behind his singing career with it. From there on he made a name for himself for the funny songs, poems, and videos he would compose and deliver in the middle of his classes.

“They weren’t really that intellectual at first,” Witmer said, “but rapping what I called the ‘Sexy Sexy Song’ in the middle of Calculus 2 was definitely vulgar enough to appease the immaturity of high school humor.”

He said his involvement in high school was scattered everywhere from the football team to the drama department, but the legacy he left behind had mostly to do with his raps. He planned to carry on his budding rap career to the University Park campus, but felt out of place among the local rap scene.

“As of freshman year here in Penn State, I realized a sad truth though: a skinny white kid rapping about drugs, money, and sex was no longer a hilarious novelty.” Witmer said.

He was so disheartened, he stopped rapping entirely. At least until The School Philly featured his Youtube parody of “Call Me Maybe.”

“It got me excited to start making music again,” Witmer said, “only this time I would rap about the nerdy stuff I truly loved, everything from Chemistry jokes to Final Fantasy references.”

And his unique rap style gained an added dimension of originality when he began producing his own beats. Through utilizing Garageband, and by teaching himself how to play the piano, he’s gathered enough material to release three mixtapes. Most of his work can be found on his Soundcloud, and three standout tracks in particular are “C.I.D.E.R.,” “VODKA,” and “BEER.”

“C.I.D.E.R.” has a chilly, pulsating hip-pop beat, and here Witmer does a great job of showcasing his “nerd-rap,” while moving through clever pop culture references with a very deliberate flow. His comic lyricism and complete disdain for social graces keeps all of his tracks moving quickly, to the point where they almost feel like they end too soon.

“VODKA” is a bit darker, with belches of synthesizers and a foreboding guitar line. But even here, we get some funny bars to break the somber mood of the track.

“BEER” flaunts a trappy hip hop beat, and Witmer’s vocals are slightly more aggressive than in previous tracks. These definitely are left-field hip hop records, but that’s part of what makes them notable, and what makes Witness Raps such an interesting local artist.