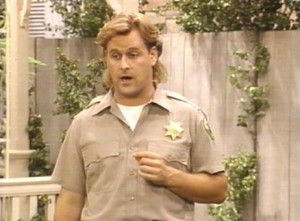 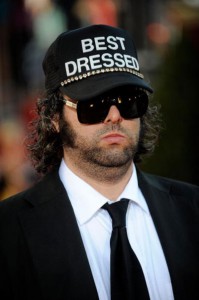 Stand-up comedians Judah Friedlander and Dave Coulier are scheduled to perform on Friday, November 4 at 10 P.M. in Alumni Hall as a part of SPA LateNight. This is a ticketless event. Students with a valid photo PSU ID will be let in for free on a first come, first serve basis.

Friedlander is a stand-up comedian known as the “World Champion”, with 18 years of stand-up experience. He currently appears as the character “Frank” on NBC’s “30 Rock.” He has also been in over 20 movies including “Meet the Parents,” “Zoolander,” “Date Movie,” “Wet Hot American Summer,” and “American Splendor” for which he was nominated for Best Supporting Actor at the Independent Spirit Awards.    Friedlander’s countless TV appearances include VH1’s “Best Week Ever,” HBO’s “Curb Your Enthusiasm,” MTV’s “Wonder Showzen,” “The Tonight Show,” and various other late night talk shows and Comedy Central shows.

Coulier is perhaps best known for his work on the long-running hit ABC television series, “Full House.” His stand-up act has earned him regular appearances on “The Tonight Show,” HBO’s “Detroit Comedy Jam” and HBO’s “Comic Relief.”   Dave continues to enjoy sold out performances of his stand-up comedy, in addition to lending his voice for various voice-over roles, including Cartoon Network’s “Robot Chicken.”