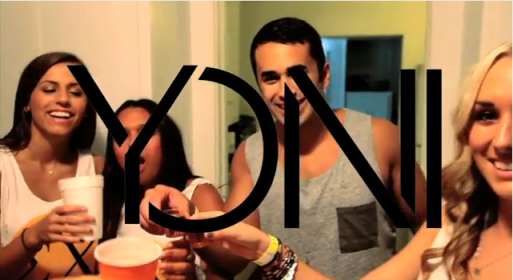 “Due to circumstances beyond our control the event is postponed until next semester. We will be releasing details for the make up date very shortly. All tickets will be honored.”

This will be one of the final stops of the tour, which has already hit over ten of the biggest party schools around the country! Doors will open at 9pm.

Yoni Einhorn, or simply Yoni, is a DJ/Mash-­‐up artist from Orlando, FL, mixing the hottest Dance and Electronic with today’s most popular Pop and Hip Hop. Yoni has released two albums, Lucky Sevens and most recently And Now We Dance. Residing in Chicago, Yoni has played alongside the likes of Ke$ha, The Black Eyed Peas, Usher, Big Boi, Kid Sister, and Mike Posner.

The concert is to take place at State College’s newest club, Duo, which is set to open on October 25. Located in the vacated area of Tony’s Big Easy and Lulu’s, Duo is bringing State College state of the art big-­‐city sound and production, topped by none.

I’m Shmacked is a touring party, filming the best nights at the biggest schools. Compiling footage for a college mega-­‐party movie, I’m Shmacked films the craziest nights of the year. They have already filmed in State College previously, but will be adding to that stockpile during the Takeover Tour.

The Brobible mission is “A resource designed to make the Bro’s life easier. BroBible allows Bros to share stories, seek advice, ask questions, and stay connected,” or in other words, is a college “bro” lifestyle blog. Brobible.com has a monthly viewership of over 4 millions bros, hundreds of whom will be on for the Takeover Tour.

Support will be provided by Penn State’s own, Nammo, who will be celebrating his birthday. Nammo has played alongside The Bingo Players, Dada Life, Chuckie, Ingrosso, and Alesso in State College, and internationally with Steve Aoki, Avicii, Kap- Slap, and will be opening for the 3LAU Your Mind Tour two days prior.

This is a 21+ event. Tickets can be purchased at takeovertourpsu.eventbrite.com.