You Should Know About Temples

Larisa Golovko
Mainstream Music, Music
Comments Off on You Should Know About Temples 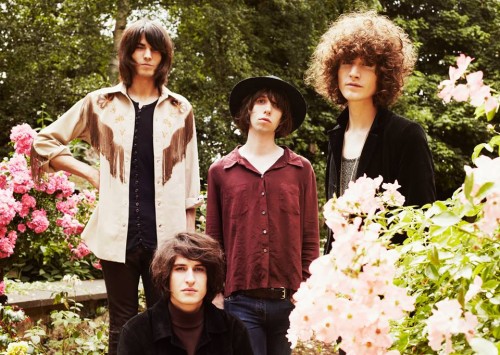 English ensemble Temples has made waves recently for their exciting take on psychedelic pop. Their catchy and nostalgic tunes call upon the sounds of a different era, drawing from iconic bands like The Beatles in terms of lyrical form and melody. This type of familiarity mixed with innovation might be why they’ve been received so well in the musical community, playing several festivals (SXSW, Latitude, Rock en Seine, etc.)

(Temples perform “Colours to Life” from the album Sun Structures)

Their debut album Sun Structures (2014) features a solid share of sugary tracks like “Colours to Life” and “Shelter Song” but don’t be fooled; there are surprisingly gloomy songs in the mix. “The Golden Throne” shows a side of Temples all their own and incorporates a slightly spooky instrumental base. The otherworldly Thomas Warmsley (bass, vocals) and James Bagshaw (lead vocals, lead guitar) transport the melodies of the ‘60s into our present day. Every song has a hypnotic effect, making you want to close your eyes and soak it in. The album’s dream-like quality certainly allows for a stimulation of the senses, but at the same time doesn’t require several listens to be acquainted with.

Temples’ radio fame is still to come so get on the bandwagon and don’t hesitate to give Sun Structures a listen, as well as early singles like “Keep in the Dark”.