I’m starting to notice a trend in my own posts. Whenever I post about a new song, its generally so that I can talk about how awful, or mediocre it is. I’m not sure if its a sign of me getting cynical, or a sign that the main stream music industry is pumping out more unadulterated crap than ever before.

Regardless, that won’t happen today. Today I am here to sing praises. 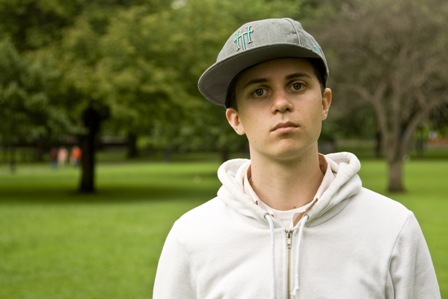 This is George Watsky. And while me may look like a slightly more Jew-ish version of Mac Miller, he is one of the most skilled rappers and lyricists that I’ve ever heard. I’ve been following him for the past few years, ever since a friend of a friend of Watsky’s accurately described him as such: “Dude, schools in Boston are jam packed with these insanely talented musicians who are all 100% certain that they are going to make it. George Watsky is going to be the one who actually does it.”

This is a new Jam that Yahoo featured as their Sketch of the Week. I’m not sure if he wrote it and sent it to them, or if they contracted him to write it, or how the whole deal went down. Honestly I haven’t done that research because there is no way it would possibly help me enjoy this video anymore.

If you are sick of hearing people use the word ‘swag’, sick of crap music, or just like really good music, then watch this video. Actually even if none of those things are true about you, you’d still probably enjoy this.

If you dig it, go join Watsky’s 130,000+ Facebook fans to get updates on his music.
George Watsky On Facebook