Chris Will
Mainstream Music
Comments Off on 2012 Wrap-Up: State In The Real’s Top 40 Tracks (Part 1) 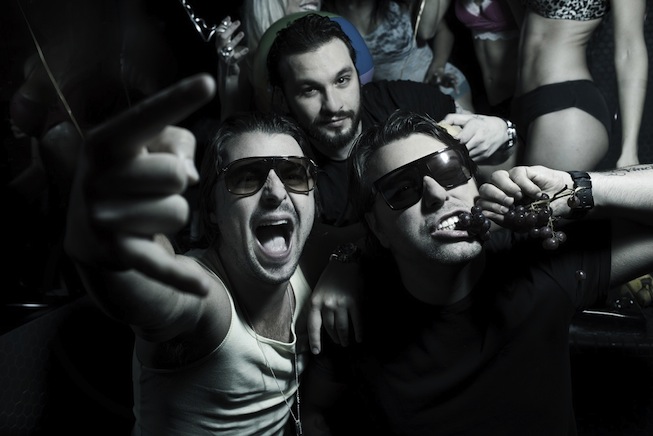 As 2012 comes to a close, we at State In The Real look back on the year’s best songs. Whether it’s pop, rock, dance, rap, hip-hop, or folk, one thing we can all agree on is that this has been a fantastic time for new music. So check out our choices, see why we’ve picked them as 2012’s best, and vibe along with us!

“When Swedish House Mafia announced that they were deciding to call it quits, EDM fans everywhere shed a tiny tear. As a farewell present to their fans, SHM released ‘Don’t You Worry Child’ and announced a massive worldwide tour. The song is classic Swedish House Mafia, and is friendly enough that it has turned into a pop hit. Vocals are provided by John Martin, and he sounds sincere when he implores us not to worry. “Don’t You Worry Child” has become a staple in DJ sets, festivals, and clubs, and will continue to dominate music, even if Swedish House Mafia is no longer producing new masterpieces. ” – Mikal

“Little Talks”- Of Monsters and Men

“This song may seem a little dark and twisted when you realize what the true meaning of it is. It’s a song about a widow who misses her husband dearly. The lyrics are about the conversations between her and her dead husband. She misses him and would like to join him, but the voices in her head are holding her back. At first glance, this song isn’t what it seems. Even though the meaning is different than what is expected, it’s still one of my favorite songs of 2012. There must be many people agreeing with me, because this song is number 32 on the Billboard Hot 100.” – Atisha

“I initially wasn’t even sure if I liked this song, but it grew on me enough for me to pick it as one of my favorites from 2012. My favorite thing about this song, and the album as a whole, is that it is obvious that Kendrick Lamar knows exactly what he is doing. What I mean by that is, his syncopated rhythms and clever rhymes are so masterfully crafted that they leave the listener not only enjoying the song, but appreciating Kendrick for his craft. Aside from all that, it’s also an easy song to relax and vibe to. After all, it’s in the title.” – Nate S.

“‘Here I Am Alive’ is my absolute favorite song from Yellowcard’s Southern Air, and is quickly becoming one of my all time favorite Yellowcard songs ever. Obviously, I partially love it so much because it features my girl crush Tay Jardine. It’s just such an upbeat, inspirational song that says despite everything I’ve been through, here I am alive. Look at me now. I’m gettin’ paper. Just kidding about the getting paper part. Not really. Okay bye.” – Sam

“I’m playing this song constantly. It kicks off with a hypnotic bass line, throws in a rad drum beat, and ties it all together with Ocean’s soothing signature vocals. Also, ‘Monks in the mosh-pit… Stage-diving Dali Lama’ is just the most kick-ass lyric of 2012.” – Topher

“Every once in a while you hear a song that instantly cements itself into your brain like a freshly chewed piece of gum to your shoe.  This is one of those songs.  ‘Let It Go’ may possibly be the most danceable pop tune of 2012, even without an obligatory guest appearance by David Guetta.  The track packs a lot into its 3:32 span, but somehow seems effortless and far from formulaic.  Dragonette is one of the music industry’s most underrated bands and deserves much more recognition.” – Joey

“Nas is the prime example of a ‘timeless’ artist. His latest album Life Is Good was headlined by ‘Bye Baby,’ and it was clearly the best track on the album. It details the story of Nas leaving his ex-wife, and highlights some of their best moments.” – Mike R.

“Maybe it was ‘New Slang’ from Garden State that captured me, tossing myself into their 2001 album, Oh, Inverted World. Unfortunately, every album they released after I was never pleased with. ‘Simple Song’ finally takes me back to their 2001 album, making it one of my favorites for 2012. This track finally lives up to my expectations for The Shins.” – Chris M.

“Birth of the Economic Hit Man” – Circa Survive

“Circa Survive seems like they enjoy making their music more special with each album release. This time around, they put out their latest record Violent Waves. In my opinion, it’s their best material yet, especially with how the flow of the album actually is. Starting the album is the seven minute song that is listed above. It has a ‘spacey’ feeling to it, showing off the usual guitar work that Circa flawlessly displays. The guitars are complimented by Anthony Green’s vocal range, going from high pitched screams to soothing melodies that will make you sing along as well. Lots of guitar effects add more to the song’s great sound. And with that, Circa Survive has created a musical masterpiece. You won’t even notice that seven minutes has passed.” – Ryan

“The beat and the track in the back of this song make it just impossible not to dance to or bump along with. The lyrics and the flow of the song are funny, fun to sing along to, and makes you want to have a good time. Every time I put this song on at a party or a pre-game, everyone loses it and bounces along. This is one of those songs that is an instant hit; you cant get it out of your head so you’re singing it for days. Hits like this are hard to come by, and for that reason I think “Thrift Shop” is one of the best songs of 2012.” – Monica