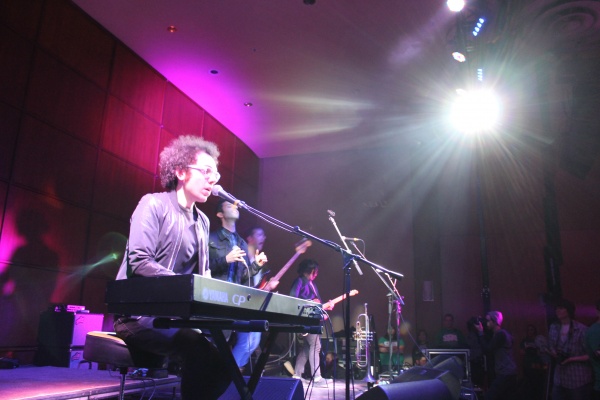 For Founder’s Day this past Tuesday, SPA and Lion Ambassadors were able to score two solid artists for Penn State students, A Great Big World and Delta Rae. Not bad, and did I mention this concert was free? Yup, all students with their student id on them got to see these two up and coming artists with no charge to their lion cash. The show kicked off with Delta Rae, a folk rock band from North Carolina. With six insanely talented musicians, they were jumping all over the place, changing instruments almost every song. The diversity of their percussion section was the most impressive, the last time I saw that many percussion instruments was high school concert band. On top of all this, their songs were powerful and such high energy, it was like I was attending a sold out show at Madison Square Garden, not the HUB auditorium. Towards the end of their set, Delta Rae did a cover of “Because The Night” by Bruce Springsteen, where they sang the bridge in chilling a cappella harmonies that put a silence over the entire room. 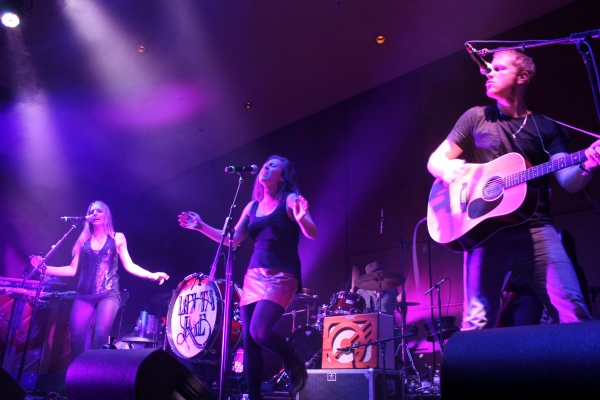 After that high energy performance, A Great Big World were up next. They opened up their set up a song called “Rockstar”, which sounds like if Hellogoodbye wrote a show tune. That song set the tone for the rest of the set, a quirky, fun set with a few well-timed poignant moments. When it came time for the band to play “Say Something”, the rest of the band left the stage and it was just Ian and his keyboard. It was a powerful moment for the otherwise fun and laid back set that A Great Big World had performed, and the dull murmur of the crowd quietly singing along brought the whole room to the place of strong emotion that the song was written from.

Chad also had a solo moment, performing “I Don’t Want To Love Somebody Else” with just him and an acoustic guitar. Yet another crowd favorite of the night, but not as much of a pleasant surprise as the whole band’s rendition of their song “Shorty Don’t Wait”. With a easygoing beat and layered harmonies, the song was nothing short of endearing and fun. The band made the audience feel as if they were all just hanging out together, instead of their concert. 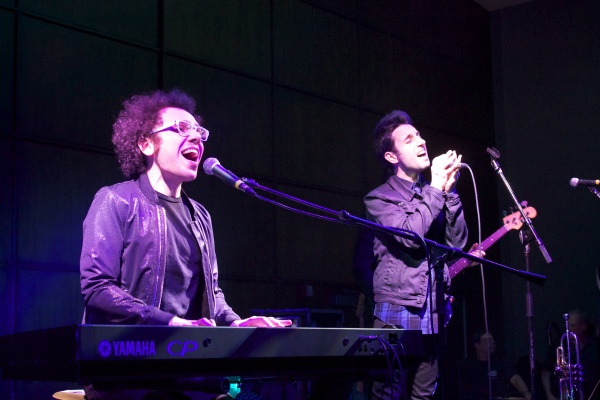 This year’s Founder’s Day concert was one for the books. Both bands had energy and powerful, unforgettable performances that made the concert a great experience for everyone that came out. Founder’s Day concerts have had a magic touch to them. Over the past few years we have had bands that come play here for Founder’s Day, then explode on the music scene. A Great Big World is already well on their way there, but maybe you’ll see Delta Rae popping up all of a sudden!