A Memorial For Joe – Replay Tonight At 8

For those who missed the live airing of A Memorial For Joe it will be replayed tonight at 8pm on WPSU.  It opened with a prayer and the Alma Mater performed by the senior members of the glee club.  The memorial continued with speakers from each generation Coach Paterno had coached here at Penn State.  Sprinkled between speakers were videos reflecting on Joe’s presence both on the field and in the Penn State community.  Sue Paterno was laughing and crying with the rest of the crowd as the memorial shed light on some heartfelt memories of Joe.  They spoke of his genuine care for each and every player he came in contact with and how he convinced their mothers to let them come play.  They spoke of his annual performance at the Nike talent showcase and how he always spoke well of the university even after his recent struggles.  One speaker stood up for Joe when referring to the scandal saying: “If there is a villain in this tragedy, it lies in that investigation, and not in Joe Paterno’s response.” (Nike founder Phil Knight).  Overall the message was clear:  Coach Joe Paterno never let us down and now we won’t ever let him down.  Success with honor will forever be Penn State.  Thank you Joe Paterno. 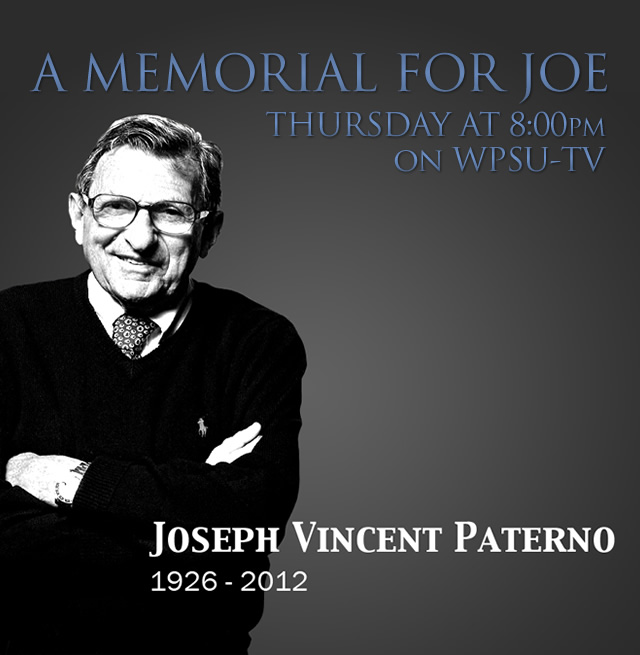