DETAILS FOR Aaron Carter to play at Levels Nightclub in September

Aaron Carter to play at Levels Nightclub in September 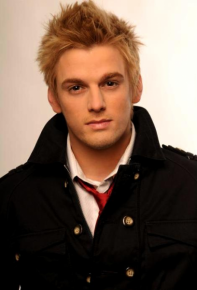 Apparently Aaron’s party never stops. Aaron Carter is making a comeback… and by comeback I mean  he’s literally coming back — to Penn State. Maybe it’s our hospitality, our one way streets or maybe he’s hoping to join the basketball team… after all he did beat Shaq. The wannabe State College resident will be “playing” a show at Levels Nightclub this fall, and surprisingly enough the “Early Bird” tickets have already sold out. Personally, I’m banking on him writing some new material in the next four months because you can only sing “I Want Candy”, “That’s How I Beat Shaq” and “Aaron’s Party” so many times… and only write so many puns on those titles. The event is 18 to party and 21 to drink, a little bit of a difference from his Cafe 210 show. Now his freshmen and sophomore fans can join in the fun! The show starts at 9pm and goes until 11pm, but I’m predicting there’s an “Aaron’s After-Party”, and nobody’s getting grounded this time.