Album Highlights: The Wallflowers' Glad All Over

Chris Will
Mainstream Music, Music
Comments Off on Album Highlights: The Wallflowers' Glad All Over 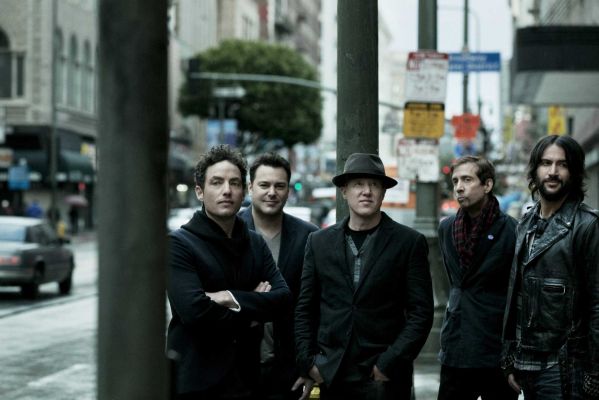 When the son of one of the greatest singer-songwriters in history fronts your band, you have some pretty heavy weight on your shoulders. Success and fortune are expected to fall into your lap, and you’re also expected to sweep the nation with Grammy-winning albums and a country-sized fan base. Luckily, The Wallflowers, fronted by Jakob Dylan (son of guess who), have risen to that challenge and come out on top. The band has busted out six wildly successful albums, securing several Grammys and fortifying Jakob Dylan as one of the prime singer-songwriters of the 90s. Indeed, their 1996 breakout effort Bringing Down The Horse birthed three of the biggest hits of the 1990’s, “One Headlight,” “6th Avenue Heartache,” and “The Difference.” Though they reached their commercial peak years ago, The Wallflowers have continued to craft solid releases chock-full of musical prowess. Their latest album, Glad All Over, was released just a few weeks ago. It’s an alt-rock masterpiece, thick with nostalgia and loaded with breezy indie-rock. While you’re perusing through the album, here are three tracks to pay extra attention to.

The Wallflowers cut into “Misfits and Lovers” with the dank guitar licks, slopping through the track like wet socks on a wooden floor. Dylan lays his dusty croon upon the crisp hand-claps and plunking bass-line, paying homage to his father with his seamless singsong spoken word. The chorus swings and sways with a dry, retro groove. “Misfits and Lovers” peaks in the refrain, when Dylan and the guitars come together and the entire track bursts with an undeniable dance appeal. Featuring legendary guitarist Mick Jones (of the Clash), “Misfits and Lovers” is the quirky club floor where 70’s rock and modern indie come to boogie.

“It’s a Dream” opens with a few seconds of eerie instrumentation, before Dylan comes in with his surprisingly catchy vocals. Dark, twanging electric guitars and sneering organs slither in and out whilst the percussion delivers an undeniable beat, smacking against the brooding piano keys. The bridge levels off into a mess of teeming, snarling guitars, so scintillating and sinister that it poses the question: why isn’t this song called “It’s a Wonderful Nightmare”?

“Constellation Blues” is a straight shot of the 80’s, intermixing a spacious array of acoustics and reverberated electric guitars. Dylan imbues the song with his aged wisdom and religious appreciation. He looks to the past, present, and future, as the uplifting composition of the track buffs the warm and ragged tones in his voice.

Pick up this blast to the past on iTunes and Amazon, and get crazy like it’s 1996!