Album review: 'After The Disco' by Broken Bells

Renae Gornick
Mainstream Music
Comments Off on Album review: 'After The Disco' by Broken Bells 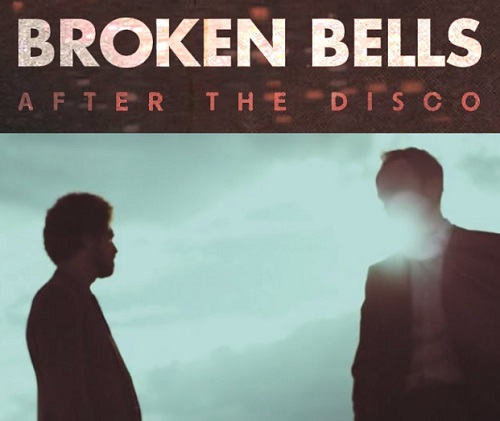 Broken Bells is the aftermath of an intense collision between two forces on the musical spectrum: James Mercer, indie rocker of The Shins, and Brian Burton, a big league hip-hop producer better known as Danger Mouse.

This hybrid project made its first wave in 2010 when the duo released their debut, self-titled album. It was well received for the most part, and with the record’s radio hit “The High Road,” the album reached the #1 spot on iTunes and #7 on the Billboard 200.

Broken Bells’ After The Disco has a relatively consistent ambiance when compared to the debut’s eclectic variety of hip-hop heavy, spacey beats. The album puts its best foot forward with its opener, “Perfect World,” which is a groovy, crowd-pleasing song that gives everyone an invincible feeling when it’s the peak of the party. However, soon the mood changes as Mercer sings in the title track, “after the disco, all of the shine fades away.” This gloomy stigma stays present throughout the rest of the album, and is one aspect that makes this more of a cohesive record, unlike its predecessor.

The duo’s newest work is atmospherically weightless, lightly layered with disco-pop and indie-folk elements. Another consistency is the pensive, post-party comedown theme that each song seems to carry. For example, the song “Control,” has erratic, perky beats and tempestuous trumpets, which help cast the effect that control is an impermanent, illusory thing. There’s a foreboding, thumping beat in the album’s single, “Holding On For Life,” as Mercer desperately croons for faux feelings of comfort and pleasure that fleet with the night. The whimsical “Lazy Wonderland” is similar to a Shin’s track, murky and melancholic by nature. The album’s closer, “The Remains of Rock and Roll,” starts off slow and glides into a dramatic string arrangement that makes you think the song will soon erupt. But, it never does, and all we’re left with is the “remains” of synth guitar rhythms.

If there’s one thing that After The Disco does well, it’s that it proves Broken Bells is more than just a side gig. Mercer continues to grow in range and expand himself as an artist with collaborations. The “after the disco” feeling expressed throughout this record may not be one that many immediately respond to, but it’s definitely worth appreciating.