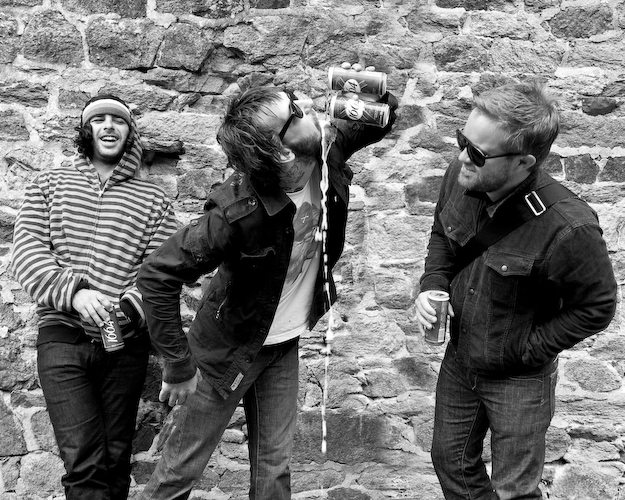 In 2004, Americana rock outfit Band of Horses emerged from the hazy-lit, smoke-saturated basements of the dingy Seattle rock clubs into the public spotlight, bringing with them big talent and even bigger heart. Their debut album Everything All The Time flaunted one of the prime indie-rock anthems of the decade, “The Funeral.” The burning, mid-tempo rock ballad showcases a 5-and-a-half-minute passionate buildup, adding layers of guitars up to it’s breath-taking, illuminating close. They followed up their critically acclaimed debut with three more equally riveting releases, their 2010 release Infinite Arms earning a Grammy nomination due to its pure artistry. Just a few weeks ago they graced the world with another powerhouse effort, titled Mirage Rock. The 11-track release stays true to the same earthy guitars, stormy drums, and beautiful, reverberated melodies that made Band of Horses instantly appealing. The album itself thrives off of a multitude of influences, paralleling some of the best works from the folk-brushed classic rock gods of the past, such as The Eagles and Don Mclean. Mirage Rock is a breath of nostalgia, a simple and sweet collection of tracks that brims with the allure of your parents’ album collections.

“Knock Knock” kicks down the door with joyous “whoo-oohs” and thick, cruncy guitars. Ben Bridwell’s voice cackles and reverberates alongside the instrumentation, as he uses the “knocking” drumbeats as a kind of foothold for his brash lyricism. There’s a touch of The Doobie Brothers in this track, particularly with the infectious background vocals and summery composition.

“How To Live” is our first taste of Mirage Rock’s heavy influence from The Eagles, an influence that characterizes the majority of the rest of the album. Bridwell spins a relatively self-effacing tale of his own shortcomings and dealings, using them to advise his listeners on how to deal with the ups and downs of life.

“Slow Cruel Hands Of Time” could easily be considered the little brother to “Lyin’ Eyes.” The rich layers of harmonies, the laid-back flow of the drums, and the soft, unassuming acoustics call to mind some of the more sedated works of The Eagles, and Bridwell certainly adds to the countrified folk-rock feel with his introspective storytelling.

“A Little Biblical” takes us to the shores of California, with subtle hints of The Beach Boys scattered throughout the track. The vocals flow like a cool sea breeze, and the comforting warmth of the guitars lightly cascade across the eardrums like the sun’s heat on bare skin.

The waterfall guitar picking in “Shut-In Tourist” trickles over the light bongo-drums, and the bright melodies bring to mind a beautiful day April, with the grass damp in the aftermath of a light spring shower.

The beginning of “Dumpster World” could easily be mistaken for a Crosby, Stills & Nash track, especially with the minimalist instrumentation and seamless harmonies. There’s a bit of a soulful groove to “Dumpster World,” and the gloomy bass effectively matches the ominous lyrics. The track picks up towards the end, with fat, bluesy guitar licks punching through Bridwell’s mournful wail.

The next two tracks are full of leafy acoustics, dirty electric guitars, and home-grown songwriting. “Electric Music” brings back The Doobie Brothers, uptempo and fun. Band of Horses go for a bit of a more contemporary folk sound in their following track, the prophetic “Everything’s Gonna Be Undone.” The stark, folk-ridden harmonies bring to mind The Avett Brothers, and the dark, telling nature of the track makes it undeniably compelling.

“Feud” gives us a taste of grimy garage-rock, calling to mind The White Stripes or The Black Keys with its simple yet powerful composition. The lyrics of “Feud” effectively encompass its title, with Bridwell so fed up with his current lifestyle that he yearns for some conflict, hoping that it will give his life substance.

“Long Vows” is a sweet slice of old-school country, with the twangy guitars singing softly over the steady acoustic guitar. It’s another song that brings heavy comparisons to Crosby, Stills & Nash, and runs thick over the eardrums like syrup. “Long Vows” might be a bit of a bore when compared to the previous few tracks, but it does an effective job of preparing the listener for Mirage Rock’s down-tempo, weighty close.

Bridwell channels Bright Eyes’ Conor Oberst in the final track in the album “Heartbreak On The 101.” The rough edge in his voice perfectly compliments the reverberated guitars and grave symphonic instrumentation, and his bleak and honest lyricism is endearing and unsettling all at once.

Pick up Mirage Rock on iTunes here, and check out the music video for “Knock Knock” below!