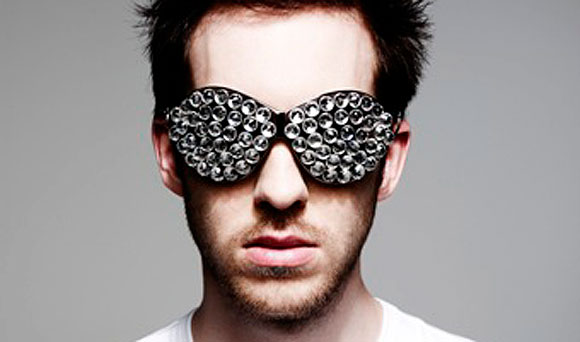 Time-travel back to the fall of 2011. David Guetta has just released his fifth studio album Nothing But The Beat. The star-studded, 12-track slate of ibiza-inspired house music has officially swept the states, already spewing several chart-topping singles across the nation’s mainstream radio. Guetta officially transcends to pop-star ubiquity, while other house DJs slink back and take refuge in what they’ve always known, the clubs. As tracks such as “Without U” and “Turn Me On” become party-staples, it seems hopeless that any other DJ will even come close to paralleling Guetta’s breakthrough. Just as Guetta’s monarchy over EDM/pop becomes inescapable, Rihanna announces a brand new single, featuring the writing and producing talents from a Scottish house producer named Calvin Harris. EDM heads groan and gnash their teeth, while the rest of the American public raises a collective eyebrow. Any sort of skepticism vanishes once the song’s hook, “we found love in a hopeless place,” becomes imbedded in the subconscious like a tick. And thus, Calvin Harris becomes a household name.

Tack up two more massive radio hits (“Feel So Close” and “Let’s Go”) and Dance Doctor Harris is finally gracing the world with his newest album, 18 Months. This pop-emboldened release will be dropping tomorrow, 10/30. It serves as the follow up to his 2009 effort Ready For The Weekend, which topped the UK album charts. 18 Months mixes Harris’ well known hits with some brand new tracks, and every record on the album rumbles, cackles, and splits with an unbridled club-worthy sound. Throw on your Kanye shades, slap on that fluorescent t-shirt, and turn on the strobe light. Calvin Harris is about to take you on a wild ride.

Surprisingly enough, 18 Months begins not with a ubiquitous dance hit, but with the ambient, funky short-track “Green Valley.” Here, Harris channels the quirky production techniques of old-school British electronic duo Lemon Jelly, intermixing a whole array of samples and sounds. A searing synth loop builds and breaks as a distant guitar lick staggers about. A bass guitar cuts in to groove as a dispassionate female voice repeats “oh,” unceremoniously keeping beat with the billowing mess of instruments.

“Green Valley” leads seamlessly into “Bounce,” featuring hip-hop-seductress-turned-dance-vocalist Kelis. Though it initially seems an odd pairing, especially for the pop star whose biggest claim to fame was “Milkshake,” Kelis delivers swimmingly in “Bounce.” Her nasally croon gets a little push from the squealing, mid-tempo synth arpeggios. The bass adds some warmth to Harris’ signature chilly, minimalist breakdowns, and Kelis emits jubilant freedom in her carefree lyricism. Released as a single back in June, “Bounce” had an underwhelming performance on American charts but thrived in multiple countries overseas.

Next up is “Feel So Close,” Harris’ debut solo single in the states and one of his most successful chart toppers. “Feel So Close” peaked at #12 on the Billboard Hot 100, capturing the attention of the entire nation with its heavenly chorus/breakdown and unbelievably effervescent sound. Here, we’re blessed with Harris’ fantastic singing voice, proving the man is as talented on the microphone as he is on the DJ booth. Harris takes this opportunity to wrap his soulful, gravely vibrato around the listener, radiating nothing but good spirits with the refrain, “and there’s no stopping us right now, I feel so close to you right now.”

Following “Feel So Close” is “We Found Love,” featuring Barbadian pop goddess Rihanna. “We Found Love” needs little to no explanation, as the #1 single has been over-saturating radio airwaves around the world for the past year. Not without reason though; Rihanna captures the heartfelt pain and longing in Harris’ songwriting without flaw, and Harris’ slick instrumentation serves as an uplifting counter to the downtrodden lyrics.

British singer/rapper Example steps up and takes the mic in “We’ll Be Coming Back,” cementing his lengthy legacy of powerhouse EDM collabs (Diplo, Skream, and Flux Pavilion being on that list). Here, Harris adds a little bit of guitar flavor to his flowering house beats, while Example flexes his vocal chops over the crescendo of squalling synths. Little spurts of dubstep influence flit in and out of the second verse and bridge, and “We’ll Be Coming Back” proves itself to be an impressively solid dance track.

“Mansion” is another 2-minute instrumental, though this time Harris steps away from the off-the-wall electro-indie sound of “Green Valley.” Instead, he hones in on heavy house music, layering clicking percussion and an indiscernible vocal track over stuttering beeps. The last 40 seconds of the track drop into a pit of driving synth burps and a heart-thudding 808 beat, rising back up into the track’s otherworldly end.

Calvin Harris teams up with fellow superstar producer Nicki Romero for “Iron,” who’s worked with and remixed for the likes of David Guetta and Avicii. This is a loud, cacophonic, dance-floor destroyer, with machine gun spurts of dubstep tearing through the foreboding electronic instrumentation. Harris (thankfully) graces us with his vocal talents once more in this track, this time soaring through the production with eerie harmonies and the infectious refrain, “our hearts will never be the same again.”

Ellie Goulding jumps in and joins Harris in “I Need Your Love,” one of the standout tracks on 18 Months. Goulding yearns for the affections of another, laying down each syllable with calculated desperation, her unique, warbling voice ricocheting off the hailstorm of piano riffs and whooshing breakdowns. The lovely Ms. Goulding proves yet again that her talents lay in multiple genres, completely dominating “I Need Your Love” with her powerhouse vocal presence. Hopefully this collab will foster further works from Harris & Goulding in the future, as the two compliment each other splendidly.

“Drinking From The Bottle” is the most evident party anthem on the album, with British rapper Tinie Tempah swagging his way through the track like he owns every brash chord and beat. What would otherwise be a generic EDM collab is turned wildly explosive with Harris’ aggressive production and Tempah’s daft flow. Both musicians waste no time, going straight in for the four-to-the-floor club-ready atmosphere.

Though “We Found Love” may be Harris’ most commercially successful effort, “Sweet Nothing” is the unprecedented apex of the album, potentially Harris’ best work of all time. Godsend indie chanteuse Florence Welch (of Florence & The Machine) takes the helm of the vocals, absolutely demolishing the efforts of every other singer on this album. A thrumming base is brushed by soft swathes of synth, ringing as Welch croons with barely containable desolation, gorgeously mourning her lovelorn heart. In the chorus, Harris strikes his teeming electronic symphony into the stratosphere, lifting Welch to spacious heights as she completely ensnares the mind and soul with her stark, heart-wrenching hooks. Welch elevates her voice to euphoric levels in the bridge, screaming, “YOU GIVE ME NOTHING,” while the instrumentation rises up for the final, epic breakdown, both awing and chilling. “Sweet Nothing” is an absolute gem: celestial, danceable, and relatable all at once.

“School” is the third and final instrumental short on the album, flaunting a different sound from “Mansion” and “Green Valley.” For this track, Harris takes a leaf out of Passion Pit’s book, creating a summery, jazzy, electro-washed sound. The bleating synth sings alongside the groovy guitar and bass, fashioning an undeniable, hip-swinging beat.

“Here 2 China” features LA-borne producer Dillon Francis and English rapper Dizzie Rascal. The bass-heavy hip-hop track wubs along as Rascal boasts his game, spitting that he’s “gettin’ it in from here to China.” The siren-like sounds in the chorus serve to bolster the track’s intensity, but it pales in comparison to “Drinking From The Bottle.”  Still, it’s hard not to tap your feet to the dirty dance song.

Following “Here 2 China” is Harris’ collaboration with Ne-Yo, “Let’s Go.” This is another of Harris’ top 20 hits, and it’s easy to why. Ne-Yo stives forward with his optimistic, live-here-and-now message, and Calvin cranks up the volume and owns the track with his Guetta-esque house blasts.

UK dance beauty Ayah Marar closes out 18 Months with “Thinking About You,” a smooth and sedated piece of electro-pop. Marar showcases her refined, expressive singing as Harris cuts in and out with sputtering percussion and reverberated piano keys. “Thinking About You” is a solid choice to close out the album, emotive yet breezy, glossy yet unique.

Stream the rest of the album of its entirety by clicking here, and pick it up on iTunes or Amazon tomorrow!