Album Review: Coming Up for Air

Irish Alternative rockers, Kodaline are back with their electrifying new album, Coming Up for Air, and it is one that may go under a lot of radars, especially with the girth of new music out there right now. But Coming Up for Air is, and not to be cute or cheeky, a breath of fresh air. It is a nice mix of upbeat happy, energetic songs, and slow, more mellow songs. It is a record that is truly a throwback, it definitely has two sides to it. Side A, is the happy, fast paced songs, whereas side B is the slower, more mellow deeper tracks. Kodaline is, for those who have never listened to them before, the band that Maroon 5 could have been right now, if they didn’t go for the pop route, and move forward with their sound. Kodaline, does not try to be anything special, and that is not something to shake your head at. Like they say “If it ain’t broke, don’t fix it.” and that is the manta that Kodaline lives by, basically, and it really helps them, they live off a sound that is good, people enjoy it, and they put their own spin to it. 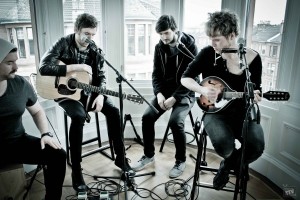 Right off of the start of the record, you know that this is a tender, emotional album for the band. Their lyrics are vulnerable “We don’t communicate can you not say what’s on your mind? And I see it everyday you hide the truth behind your eyes.” Those are raw emotional lyrics of someone clearly in a troubled relationship, and the rest of the album continues in that fashion. Another stand out track, besides the opener “Honest” is the song “Lost” in the true fashion, in my personal experience, any song titled “Lost” is a sure fire good song, from Coldplay, to Frank Ocean to the Meatpuppets, there are just good songs with the title “Lost” and this is no exception, from the bouncy, but mellow beat that the band throws down to the emotive and vulnerable vocals Steven Garrigan the whole song comes together in a way that makes you immediately feel for the singer, and it even puts you in a place being in a similar situation. 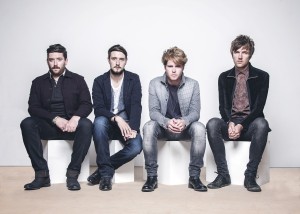 Coming Up for Air is an album that despite its innovative approach, it is still worth checking out. It is fun, but at the same time, it is mellow and a good record to put on and just space out to. They are still, in my mind, considered an up and coming act, and they will be one to put on your radar. Keep an eye open, as their infectious sound is sure to fill the radio waves this summer.