Let me preface this by saying, DO NOT always trust the reviews that you read. Pitchfork gave Wet’s Don’t You a brutally honest review, but let me be the first to say, it is not as bad as they claim, in fact it is pretty dope. Wet is an atmospheric electronic group with a powerful female lead vocalist. Their sound really isn’t similar to too many artists that I listen to. It is very calming, in fact as I was walking to the IM building, I was jamming out to this album and found myself drifting off to sleep, please do not do this. But it is just a very relaxing and chill vibe that is always a good break from the upbeat and heavier music that I listen to. 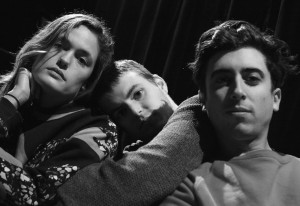 With an album that is mostly flying over the radar, and in the alternative music spectrum, Wet is really taking their time to shine through on this album. The theme is definitely that of overcoming a loss, whether that be a bad break-up or something a little more macabre. The lyrics are powerful, they show strength of the writer, and the way that Kelly Zutrau sings the lyrics is incredibly moving. It has a tone, and keeps that tone throughout the course of the album, and it clocks in at 42 minutes, a good length for a debut album, and it feels like you are getting the most out of the album. 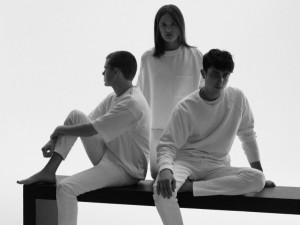 My biggest complaint with the album is that it does seem a little too repetitive with its sound towards the end of the album, but take that for what you will, because if you really like that slow melodic tone, than you will not get sick of it through the course of the album. But other than that I felt that this album changed pace and message in each song enough to keep me thinking about the progression of where the band can go next.

Wet is definitely a band worth checking out, at the very least they might have one of the best album website domain names I have seen KanyeWet.biz, absolutely fantastic, and I am still laughing about it. Their sound is unique and calming, perfect for these cold and dreary days.